THQ will be releasing a Star Wars-themed first person shooter for the iPhone and the iPod Touch. I’m not sure if it’s one of the game modes or if there’s an option that can be toggled, but Star Wars Arcade: Falcon Gunner has a neat twist that could make it an impulse buy for some. Gamers can use live feed from the rear camera as the background for the game, as you can see in the picture below. 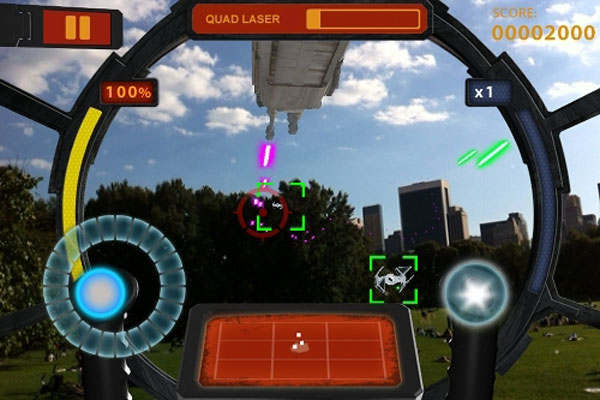 Here’s the game in action, played against an appropriate background:

It would have been more awesome if the game had more interactivity, like if you could “destroy” parts of the footage. Still, you can use your imagination and pretend that your sister’s face is the Death Star.

[via Slide To Play]