Tiny Tokyo House is Built in a Parking Space

All I know of Tokyo is what I learned from that episode of Seinfeld where Kramer had the three Japanese businessmen sleeping in his dresser. I know space is at a premium in the city and Tokyo is just about the opposite of Texas where we tend to have lots of space and land. One dude wanted his own house, so he bought a tiny chunk of land measuring 30 square meters. 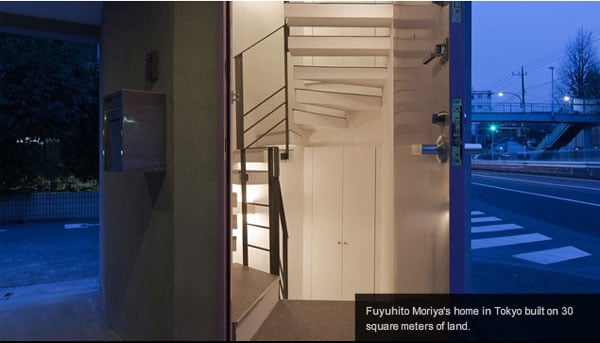 The tiny sliver of land was made to park a car on. The owner of the home is 39 and lives with his mom in the three story one bedroom home. The house was built at what is a bargain price for Tokyo of appx. $500,000 (USD). Despite being so small, the house has the tech necessities we expect today with computers, washing machine, AC, and flat screen TVs. The house is tiny, but it’s actually very cool. 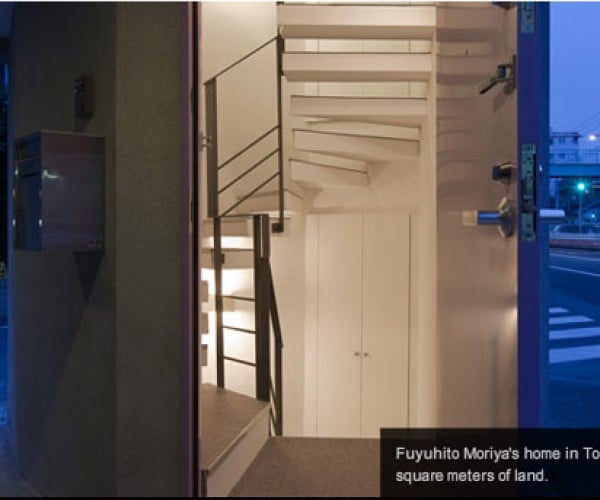 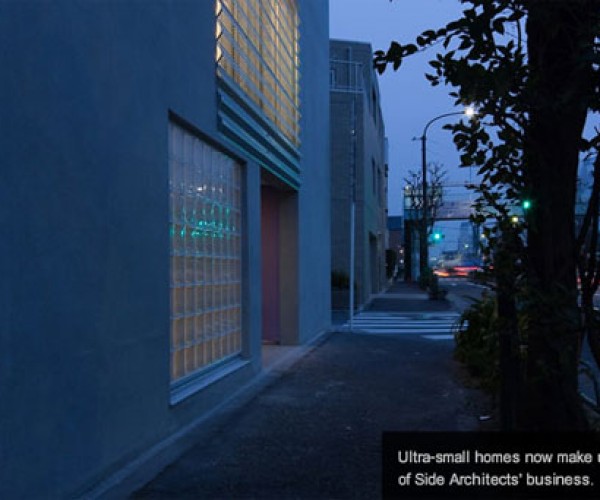 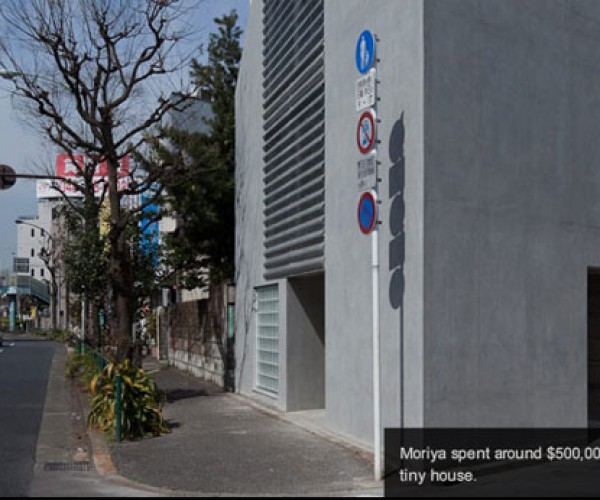 Of course, this single man won’t be getting any action at home since he shares a bedroom with mom. I would bet you could fart in the bathroom upstairs and cause a methane explosion in the kitchen on the ground floor the house is so small. Check out the video below to see just how small this house is.