I bet TRON Guy wet himself in his homemade TRON suit when he heard TRON: Legacy was heading to theaters. TIME Magazine’s website (of all places) is reporting that TRON Guy wasn’t allowed to wear his light-up TRON suit into a movie theater for a screening of the new flick. 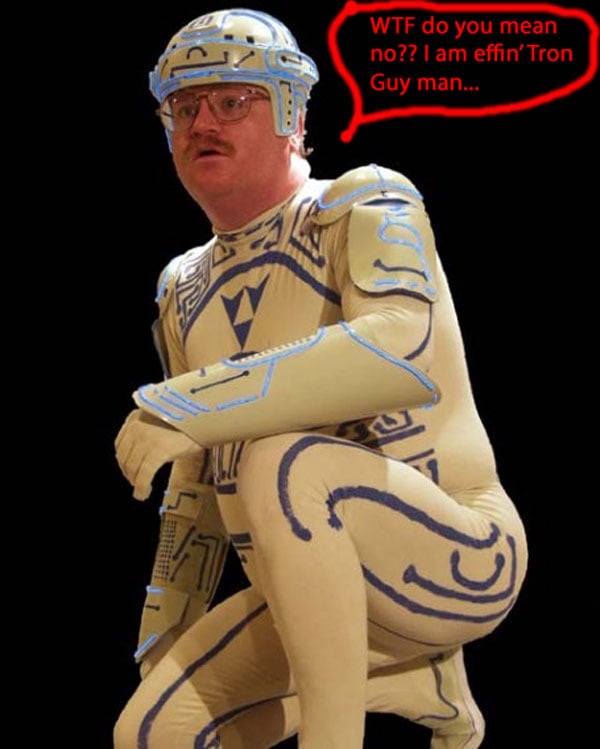 When he called up his local theater in Minnesota to tell them he was coming to see Legacy in his infamous suit, they told him not to come because his suit would be “too distracting.” I guess he gave them warning so they could put up ropes to stop the paparazzi from getting to close to that pimp outfit. TRON Guy (his real name is Jay Maynard) suspects that the theater didn’t want him distracting other watchers with his light up suit.

I’d be less worried about the light up portion of the suit if I were watching with him in the same auditorium and more worried about how tight the damn thing is. This thing cannot be unseen.