Here are two things that might not be that familiar to young gamers: LiveScribe pens are magical little buggers that record written notes and audio. Zork on the other hand, is a legendary interactive fiction-type series of computer games. In interactive fiction games, players enter text commands to navigate and interact with the world. YouTube user chipos81 wrote a program for the LiveScribe Echo pen to make Zork I playable on it. As in you write something and the game responds. Awesome. 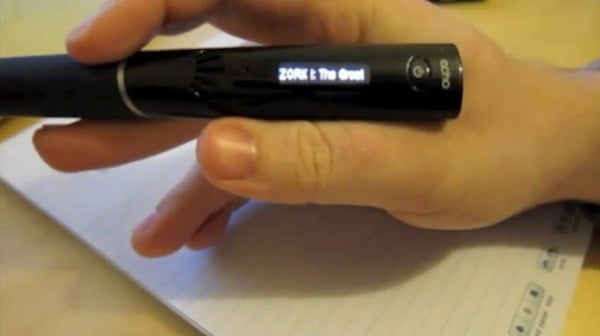 Here’s the game in action, prefaced with a lesser hack. (If you don’t care about TicTacToe, jump to 2:10):

Granted, it’ll take a longer time to play the game because the pen only has a one line display, but it’s still borderline magical. Do a D&D hack next chipos81!