If you’re a fan of the Half-Life games, you owe it to yourself to take the next 11 minutes and 51 seconds of your life to watch Beyond Black Mesa, an incredible fan-made film made as a tribute to the series. 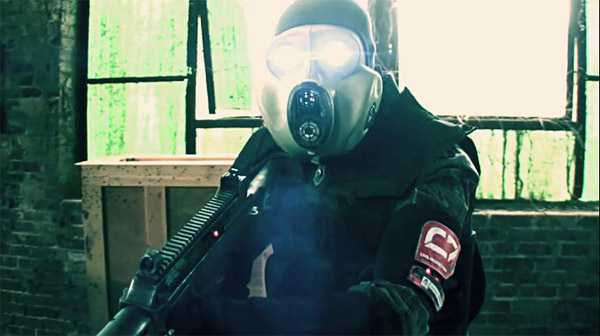 The brainchild of director Brian Curtin, the video was shot over the course of 2 years by a small team of friends, and was clearly a labor of love for the team. The short film centers around a band of resistance fighters led by Adrian Shephard and their fight to warn civilization about the invasion that awaits them. But enough of my yakkin’. Sit back, dim the lights, dial up the video to HD, go full screen, and watch.

Wow. Wasn’t that great? Even the VALVE guys favorited it on YouTube.

Now the best part. The whole thing was created with a budget of just $1200 bucks, and was shot on a Canon HV20 camera, which costs about the same amount. If only Hollywood could pull off this kind of entertainment on that sort of a shoestring budget. Give these guys a couple of million bucks and see what they could do if given the means.