Bittorrent’s official uTorrent app is now available for Android devices. I don’t have an Android device, but even I know that it’s not the only torrent manager for the OS. Speaking as an iOS device owner, I’m just amazed by the fact that this app is actually in the Android Market. I don’t know if this is proof that the Android Market is less strict with its app guidelines compared to Apple’s, but I’m sure we’ll never see a similar app on the iTunes Store. 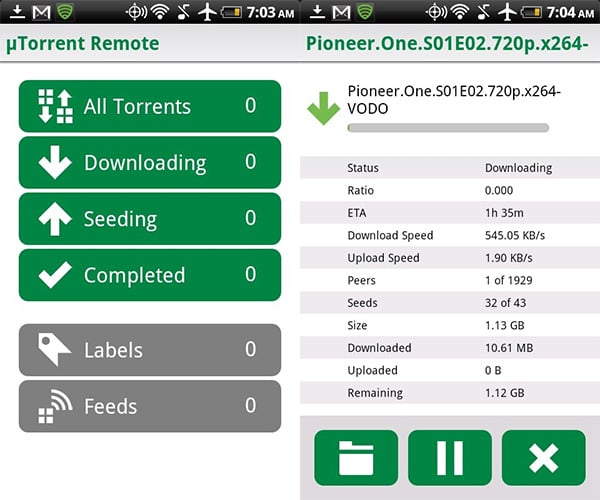 Like other torrent managers, the uTorrent app lets users add and remove downloads, and there’s even an option to check RSS feeds for available torrents. 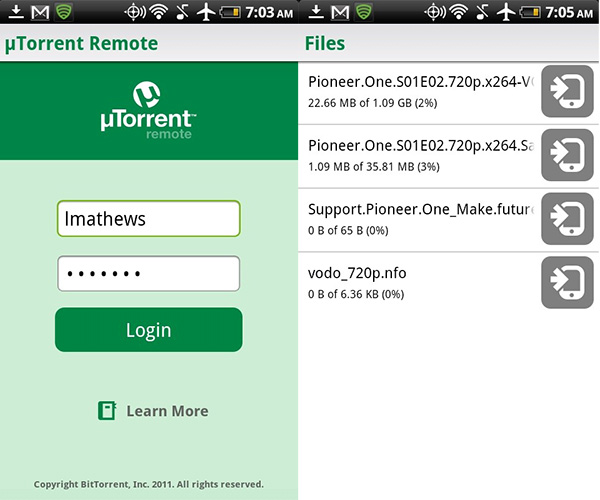 According to Lee Mathews of Download Squad, the app doesn’t require a lot of tweaking or fiddling around with router or port information. In fact all he did was to enter his login details and he was good to go. The uTorrent app also gives users the option to transfer finished downloads from their PC to their Android device, so you can immediately use whatever it is you downloaded. Neat. 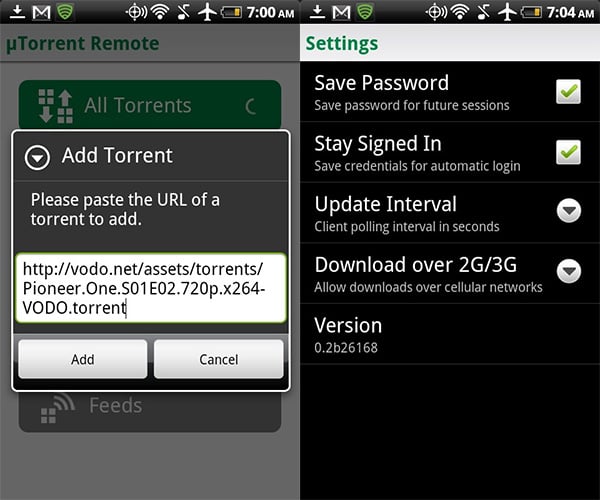 You can get the official uTorrent app from the Android Market for free. It’s currently for Windows users only though, since the app only works with the uTorrent 3.0 beta desktop client, which is also Windows-only (for now).