Doctor Who Cheat Sheet Perfect for Who Newbies

Whenever a friend or your significant other wonders why you keep watching 30-year old Doctor Who episodes, with what seems to be terrible special effects, then you can forward him/her this image that was created by Bob Canada. It’s a Doctor Who cheat sheet. 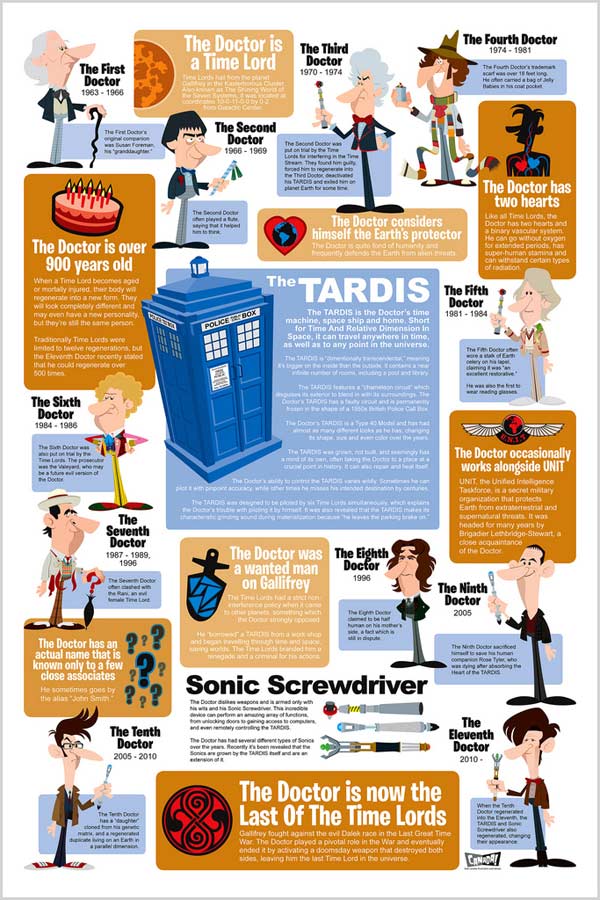 The Fourth Doctor, Tom Baker’s signature scarf was over 18-feet long! Now that is a long scarf! There a lot of other fun facts on this pleasing infographic, all rendered with style. It’s best viewed in its full-size version over here.

My favorite Doctors are Tom Baker and David Tennant. It’s too bad that David Tennant chose to leave the series, but he had lasted five years. The new Doctor, Matt Smith, is actually pretty good though.

This TARDIS Teapot and Mug Are Shinier on the Outside

Darth Vader vs. Aliens Would Be an Awesome Flick

One Man Pumps up the Jam