Want to Sound Like T-Pain Without an App? There’s a Mic for That!

Following the success of Smule’s I Am T-Pain app, the R&B star collaborated with Jakks Pacific to make the I Am T-Pain Mic, so you can auto-tune your voice even if you don’t have an iPod Touch or iPhone and say silly things like “buy you a drank” without people recognizing your real voice. 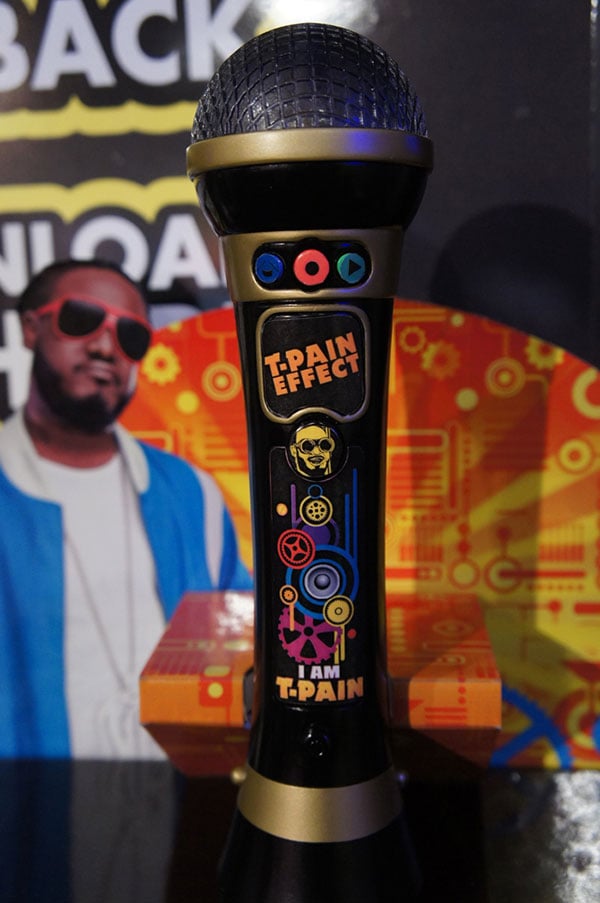 Contrary to earlier rumors, the guys at Jakks Pacific tell us the thing can auto-tune your voice in real time. You can also sing into the mic, and have  record your voice so you can play back the recording with the auto-tune effect later. Here’s T-Pain himself being interviewed about his new toy by the Los Angeles Times at CES 2011.

What, no demo? You heard the man, the I Am T-Pain Mic will be out “Juneish, Julyish” for $40 (USD). You can also check the product’s official website, although it seems to be down as of this writing.