If you ever saw that Hole in the Wall game show, you know how ridiculous the concept of people standing around waiting to not get hit by a moving wall can be. Now, thanks to a clever hack with the Microsoft Kinect, it looks like you could someday play the game in your living room. 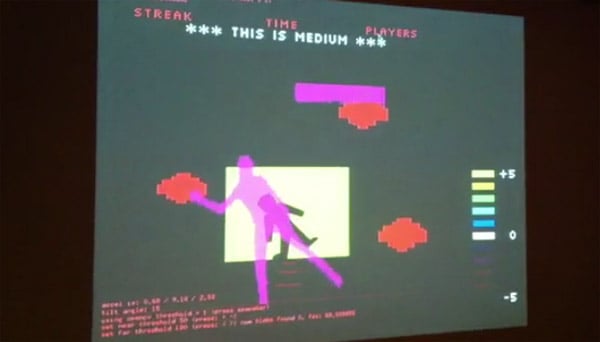 frogNY’s experimental Build-It project hacked together this cool Kinect app which shows a wall that’s moving towards you, with a hole cut out in the shape of a body. The player then needs to contort themselves into the shape of the hole in order to fit through.

The consequences aren’t quite as dire as the game show, in which losers were dunked into a pool of water, but I could still see how much fun this could be as a casual game on the Xbox 360. If they can perfect the concept, it would be even better with multiple players. Hopefully, frogNY will continue to refine the idea, and someday shop it around to a game studio -I think they’d sell more than a few copies.