Highlights of the new models include an upgrade of the 15-inch and 17-inch models to speedy quad-core Intel Core i7 CPUs. The 13-inch models can be ordered in dual-core i5 or i7 versions, so all the systems got a nice performance boost. 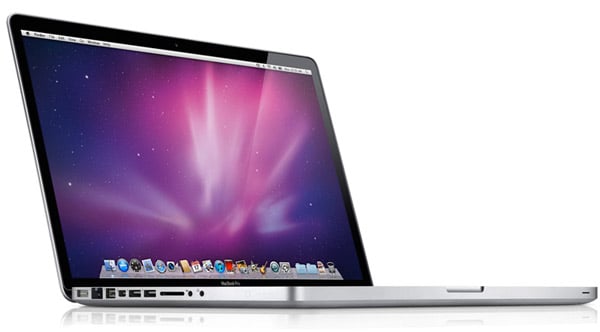 In addition to the CPU speed-up, the Radeon GPUs in the 15-inch and 17-inch MacBook Pros have benchmarked at up to 3 times faster than the GPUs in the prior models. To be specific, the 15-inch runs the AMD Radeon HD 6490M with either 256MB or 1GB of GDDR5 memory. The 17-inch has an Radeon HD 6750M with 1GB of memory. However, the 13-inch models run Intel HD 3000 graphics chips with up to 384MB shared SDRAM, so don’t expect the same video performance on these. 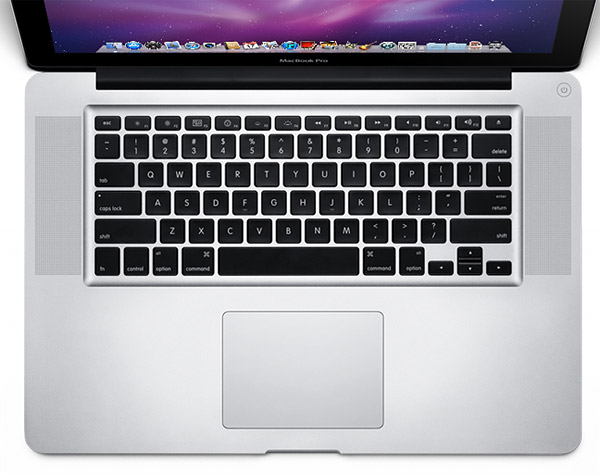 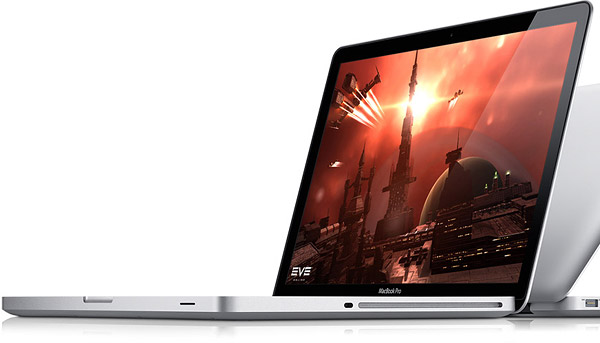 One letdown – no HDMI port yet. These MacBooks will still need a Mini DisplayPort to HDMI adapter, costing about $40 bucks and an annoying converter dongle hanging from your svelte aluminum computer if you want to connect an external display. Same goes for VGA and DVI. Here’s a quick look at the port configuration on each model: 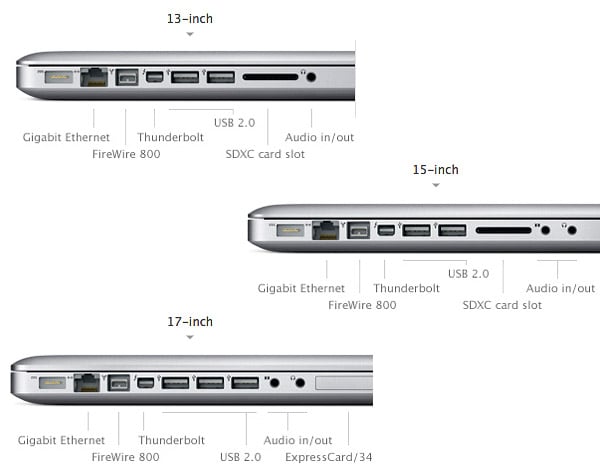 The new models are all about speed, adding the first ever Thunderbolt I/O port, which supports blazing fast data transfer rates up to 10Gbps – an estimated 12 times faster than FireWire 800. The first Thunderbolt external drive, the LaCie Little Big Disk – was also announced today – but doesn’t ship until Summer. All models also incorporate FaceTime HD, a new version which allows widescreen video call in HD resolutions.

All models have backlit keyboards, a multi-touch trackpad, and 8X slot-loading SuperDrive DVD burner, and battery life rated at up to 7 hours. Base prices are $1199 and $1499 for the 13-inch variants, $1799 and $2199 for the 15-inch, and $2499 for the 17-inch. Prices go up if you want more than 4GB RAM, CPU upgrades or other add-ons. All models are available immediately, and can be ordered now over at the Apple Store.