Uzumaki Watch Spirals Onto the Scene

The TokyoFlash design blog has become the place for cool new watch concepts, and this recent pick is one of my new favorites.  The Uzumaki watch has a cool high-tech style, but actually uses an analog face to achieve its dramatic modern look. 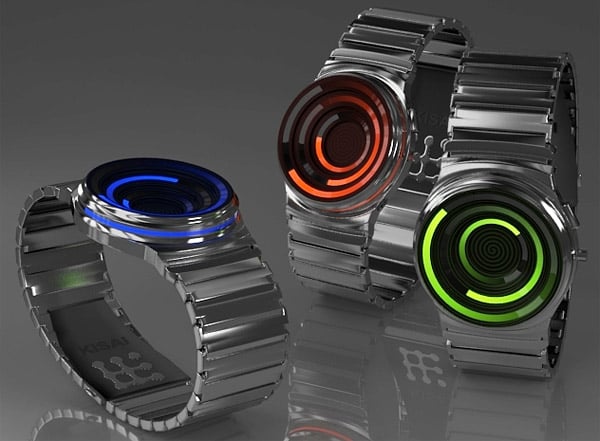 Designed by a guy named Firdaus from Malaysia, the Uzumaki features a stacked set of concentric circles, each of which has a glow-in-the-dark band that continuously spins. The inner-most band represents hours, the middle one, minutes, and the outer one displays seconds. 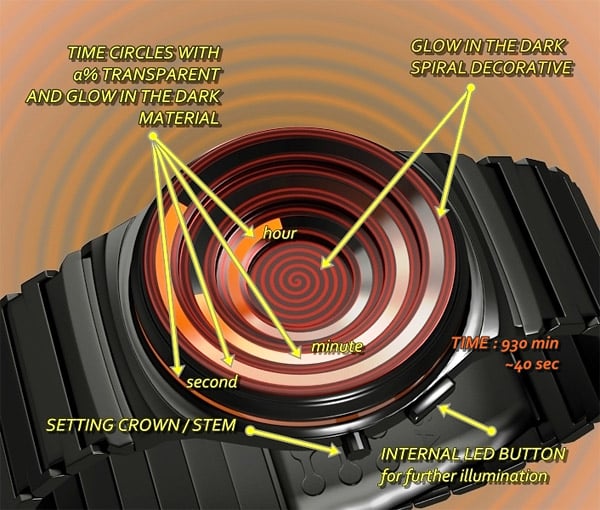 As you can see by the diagram above, the Uzumaki has a spiral accent design in the center, and as those “hands” spin around the outside, you could see how it might make you a bit dizzy. But isn’t that part of the fun? At least the spiral in the middle doesn’t spin too – or maybe it should? Here’s a quick video showing off how the Uzumaki might work if it actually were produced:

Firdaus says if the watch were produced, it would have a quartz movement, as well as LED backlighting that you could activate with a push of a button for those times when the glow has worn off. 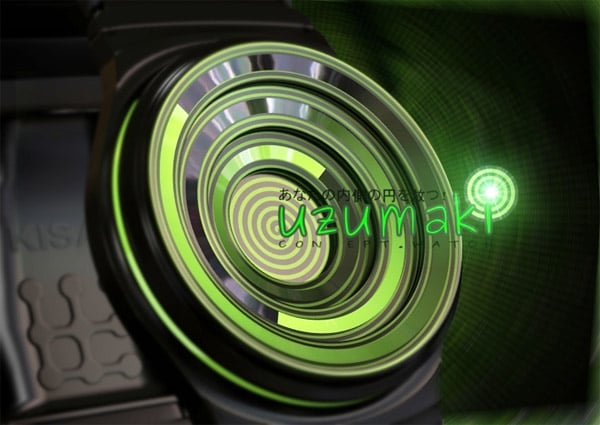 If you love this design as much as I do, head on over to the original post and vote for it. Remember, TokyoFlash uses their design blog to get user feedback and decide which designs are worthy of being actually made.