Nintendo’s 3DS has attracted a lot of attention mostly because of its glasses-free 3D screen, which will no doubt be a joy to use for some people but will be disappointing or worse, harmful to others. Overall though it’s considered a step up from Nintendo’s earlier foray into 3D, the Virtual Boy. Until today I would have said that the Virtual Boy was the first 3D hardware that Nintendo made, but it turns out that the company also released a 3D peripheral 7 years before they came up with the Virtual Boy. It was an add-on for the Famicom , which was simply named the Famicom 3D System. 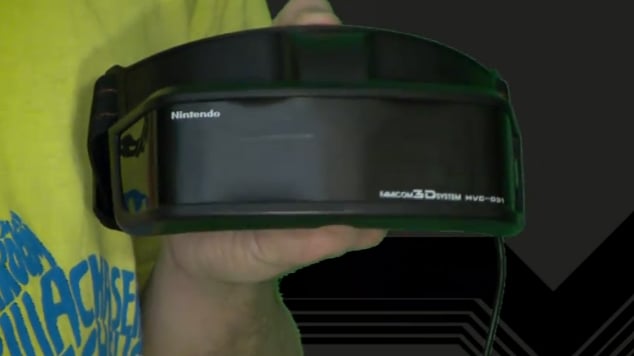 The goggles operated in a similar fashion to modern 3D systems – by making the eyes look at slightly different images. To do that it had two liquid crystal windows and an electronic shutter system. Nintendo was even thoughtful enough to include an adapter so that you could plug in two pairs of goggles at once. Unfortunately for the Famicom 3D System, Nintendo only released seven compatible games (most of which seemed to be poor imitations of SEGA games), plus the added hardware needed to play the games were quite expensive. At least they didn’t require a special TV. Here’s Famicom Dojo’s episode about the other doomed Nintendo 3D hardware:

So it turns out Nintendo’s hoping that third time’s the charm for their 3D campaign. And even if the 3DS isn’t perfect, I doubt the company would return to a goggles-based 3D system.