Chevy Orlando Play-Doh Edition: Weighs As Much As the Real Thing

I haven’t played with Play-Doh in years, but that didn’t stop Chevy from promoting their new Orlando MPV on the streets of London this week by making a 1:1 scale model out of the popular modeling clay. 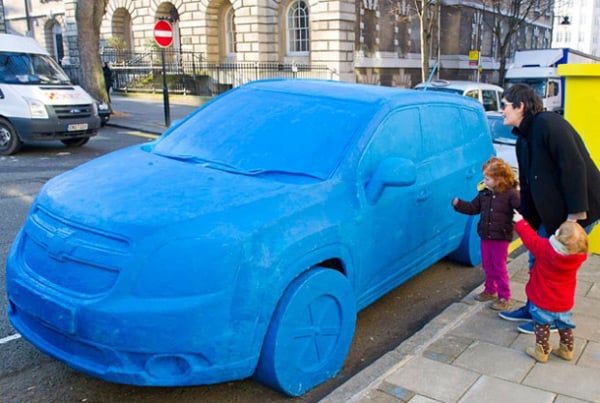 It took 1.5 tons of Play-Doh to make this thing, and it’s pretty impressive. They chose Play-Doh after polling adults on which they preferred: Play-Doh or LEGOs. I would have said LEGO bricks, but that’s just me. It turns out that Play-Doh beat LEGO bricks by 17% in the poll that they ran. 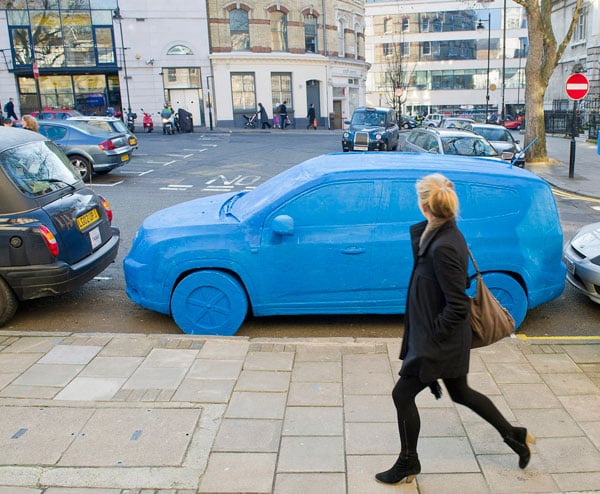 I especially like the nice bright blue color of Play-Doh they used. You certainly won’t miss it. It is a nice piece of viral marketing, though I don’t know if it would make me any more likely to buy the vehicle. Also, I wonder how long it will last in the rain.