Up until now, the only ways I knew that you could shoot images in 3D was either with a dual lens camera, with two cameras, or some sort of motion-control rig. But thanks to a new lens technology being developed, we could some day capture full 3-dimensional images with a single, complex lens assembly. 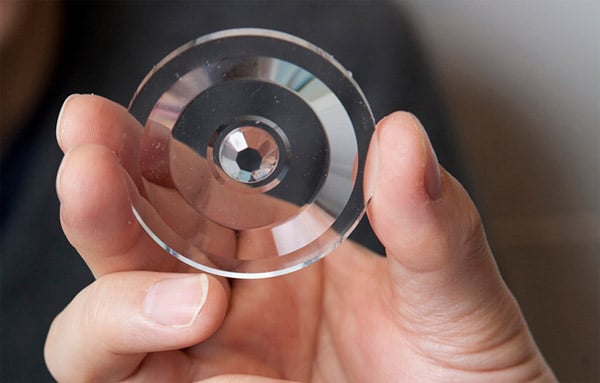 Researchers Lei Li and Allen Yi at Ohio State University have developed a stand-alone stationary lens capable of capturing 3D microscopic images. The custom acrylic glass lens was cut using a diamond blade, and looks sort of like a faceted gemstone when viewed up close. These asymmetrical facets each capture a part of an image from a different angle, and a computer program stitches them back together into 3D. It’s hard to tell from the image below, but what you’re looking at is the lens as it captures an image of a tiny drill bit imaged from multiple angles. 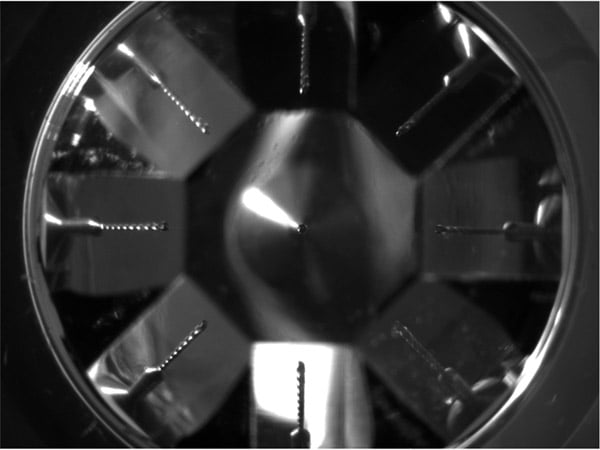 At this point, the technology is only planned for use in computer vision applications like the manufacture of microscopic components, but it’s possible that someday the same lens could be created for more traditional photographic uses.

[via PopSCI via PetaPixel]