Up until now the SNES mods we’ve featured involved stuffing PC guts inside the case. Instructables member vigothecarpathian also did the same to an old SNES, but he didn’t stop there – he also added several emulators and games to his console-turned-PC, so now he can play not just SNES but NES, N64, NEO GEO, MAME, Game Boy Advance, C64, Genesis games and more from just one console. I guess it’s more appropriate to call it a Super Entertainment System. 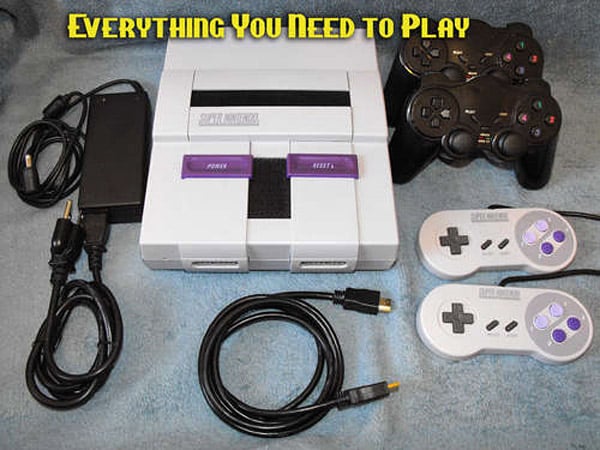 Vigothecarpathian (I wonder how long it’ll be before people start naming their kids Internet-style) used a mini ITX motherboard as the base for his mod. There are a lot of neat touches to this project, but probably the most important one is that the motherboard has an HDMI port, which means this retro all-in-one console plays nicely with today’s monitors and TVs. The NES controllers that came with the console can still be used as well, thanks to this converter. Additional controllers can be plugged in via USB. The MaLa frontend does a good job of presenting the emulators and games.

Vigo (can I call you Vigo?) used an SD-to-SATA adapter for this mod, but the adapter can’t handle SD cards with capacities larger than 16GB, so if you think you’re going to need more space, you might want to use an SSD instead. Check out Instructables for more info. Now I want to see a PS3 or Xbox 360 PC casemod that plays all games ever made ever.