Moodagent 3.0: Music to Match Your Mood and Location

Yep, I was a bit skeptical when I read about this, but it’s true. Moodagent is an app by Syntonetic and it will automatically analyze your mood and play you a musical selection based upon what it assumes you’re feeling. Computers have never been very good at figuring that out. Hopefully this app will do better. 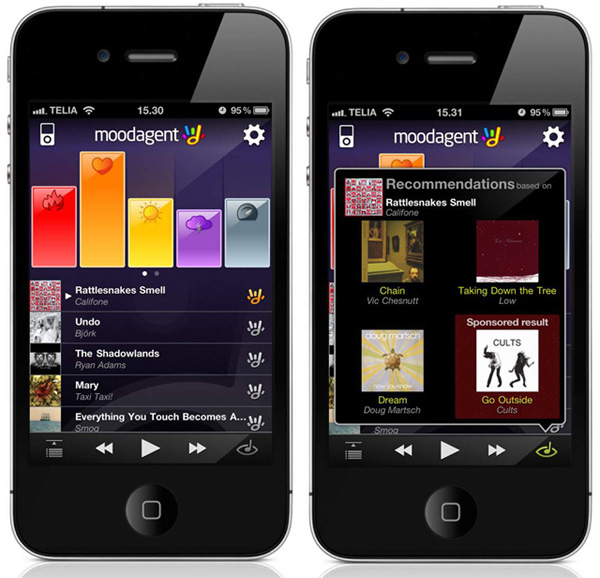 If you’re one of those people that always listens to music when they walk around or work, then you’ll probably like this app. It dynamically generates playlists from your music library based on how you’re feeling, not just your musical tastes. You just tweak the various mood and tempo sliders on the front of your smartphone, and the app does the rest. The music is profiled via general emotions and then tinkered and refined to your personal specifications. It’s also got the handy ability to pull in recommendations for songs you don’t already own and preview them before you buy.

The latest version can even use geolocation data to modify recommendations based on what other people in your area like more than other areas of the world. That’s not all. You can also share your mood via Facebook or Twitter, which is kind of cool, but ultimately might end up broadcasting more info than you want.

Moodagent is available for the iPhone, Android and Nokia smartphones (USD).