Steve Jobs Frozen in Carbonite iPhone Skin: Who Will Unfreeze Him?

The amazing iPhone skin by Greg Koenig shows Apple CEO frozen in carbonite, just like Han Solo was on Bespin by Lord Vader to test out their carbon freezing facilities before trying to use them on Luke Skywalker. 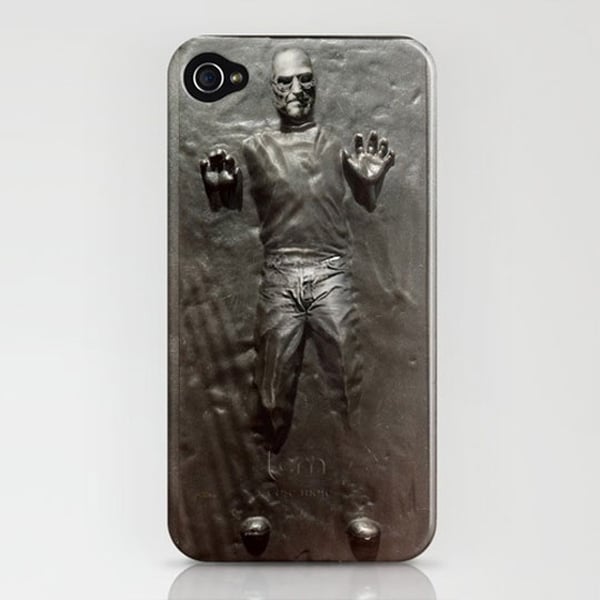 If you’re wondering how long it will take for Apple or Lucas to demand that this be yanked from Society6, then it might already be too late as I have trouble finding it on their site. Nevertheless, it was an interesting mashup between two cultural phenomena for the short time it was available for sale.

If you really wanted this for your iPhone, too bad. But you can take comfort in all of the other iPhone skins that are available over at Society6, including some pretty cool Star Wars-themed ones. Liam Brazer’s pixel Darth Vader and Stormtrooper skins are very distinctive.