Cats of War is Much Better than Lolcatz

With word getting out that a bad-ass dog with bullet-proof armor that urinates laser beams (ok, I made that last part up) was used to help take out Bin Laden, cat lovers around the world have become jealous. Everyone knows behind every dead dog on the roads of our great nation is a cat hiding in the grass saying, “You can make it.” 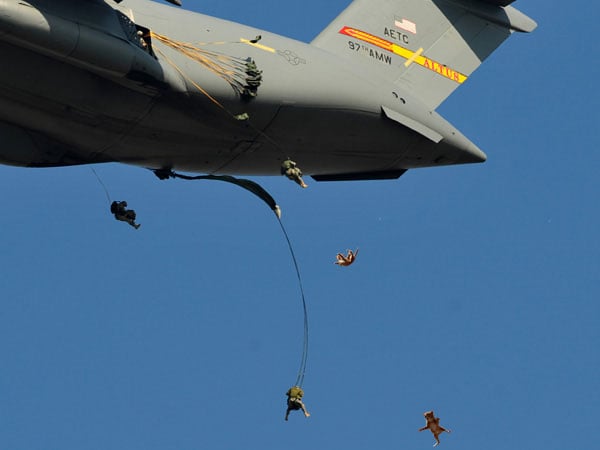 Slate felt bad for cat lovers with the dogs getting all the glory and offered up its Cats of War series. The slideshow has cats placed strategically into photos that are real, courtesy of Photoshop. I really like the cat watching with Obama as Bin Laden is taken out. 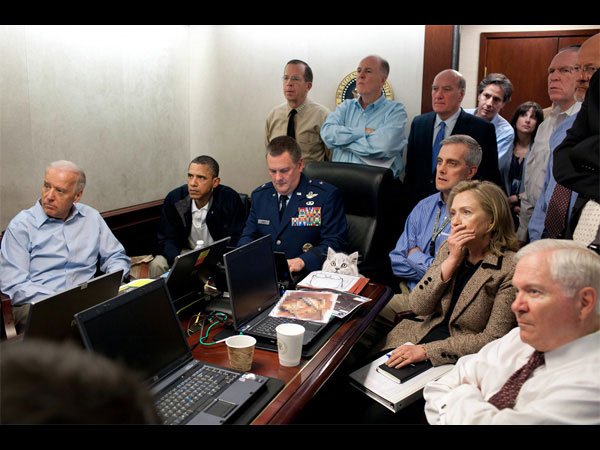 No cats were harmed in the making if this series. Don’t worry about those cats jumping from the airplane with no parachutes. Everyone know cats always land on their feet and if things go bad, they have eight more tries to get it right if they don’t/ 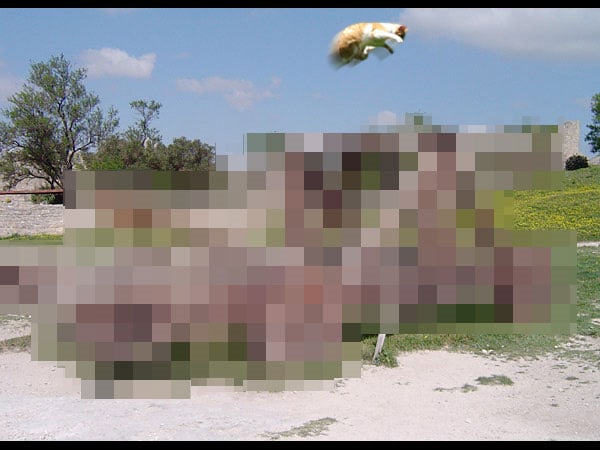