Keyless Lifebook Concept Lets You Make Your Own Virtual Keyboard

I’ll be the first to tell you that I’m far less efficient typing on a touchscreen than I am when using a tactile keyboard. Heck, even today’s relatively flat laptop keyboards are still much faster for typists than touchscreens. So with that bias, I’m still a little skeptical about these otherwise cool looking design concepts. 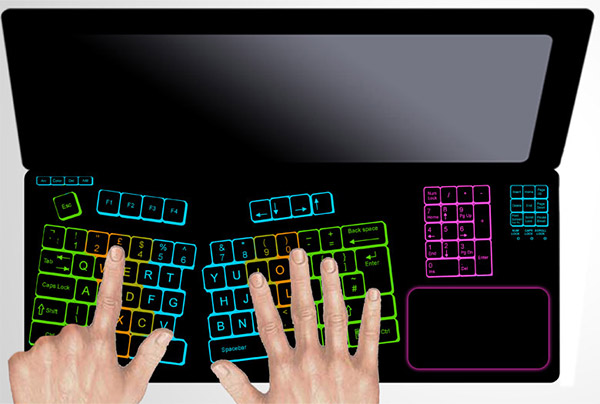 Designed by Laura Lahti for Designboom’s Fujitsu design award 2011, the Keyless Lifebook at least wins points for creativity and good looks even if it doesn’t solve for the lack of tactile feedback. 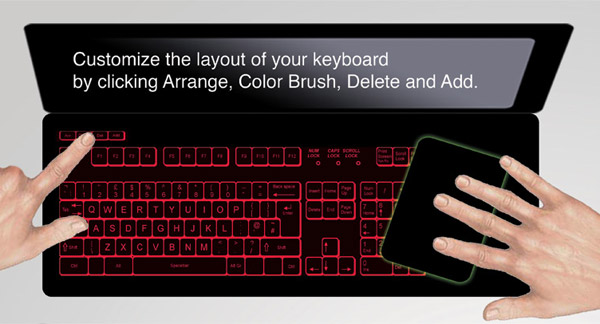 Like some other designs I’ve seen floated about, the Keyless Lifebook would replace the lower half of the laptop with a multitouch screen. But where this design blows away any other I’ve seen is the configurable keyboards. The software would allow you to position each individual component of the keyboard wherever you find it most comfortable for your wrists and fingers. 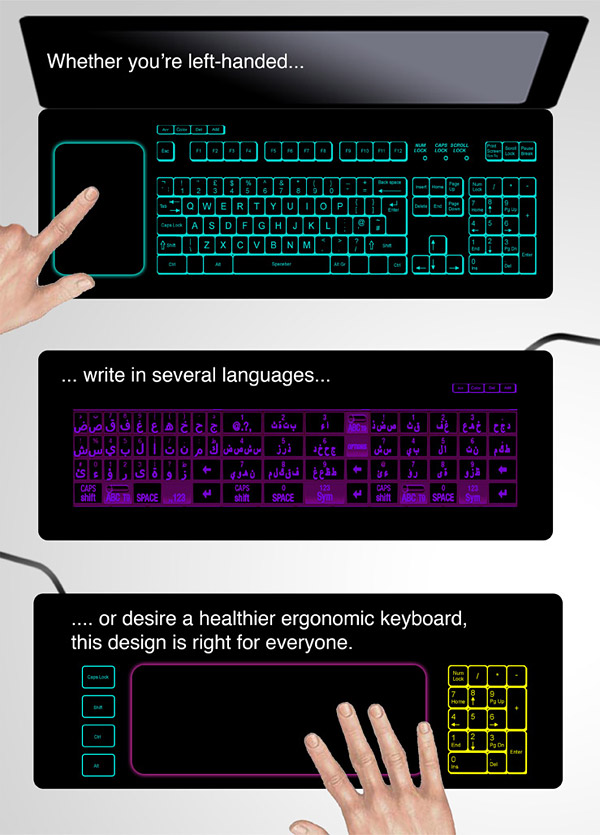 In addition, you’d be able to adjust the positition of the trackpad, and use the keyboard the way you do on iOS devices, swiping your finger across, then releasing on the character you want. The virtual keyboard design would also allow for color and language customization. It would also let you adjust the size of the trackpad and area, allowing you to turn the surface into a large drawing surface when needed. 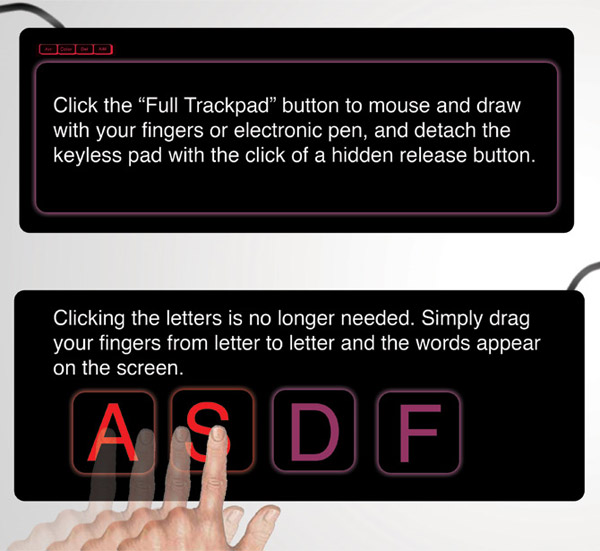 Despite my concerns about typing speed on touchscreens, I’m still very impressed by Laura’s design, and hope that Fujitsu (or someone else out there) runs with it and adds it to an upcoming OS. It seems to me that it’s mostly just a matter of writing the software to do it.