We’ve featured a couple of geeky takes on the periodic table of elements, and I’m sure there are more lurking around on the Internet. But this version is a bit more special than the other ones I’ve seen, and not just because it features my favorite Sci-Fi staple – robots! – but also because the unknown hero who made this tried his best to find robots with names that also fit the acronyms of the actual elements. 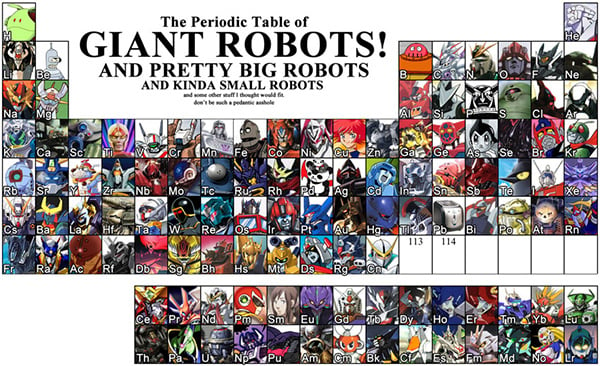 As you can see the mecha-Mendeleev who put this together used characters from several media – cartoons, movies, anime and of course video games. Unfortunately the task involved putting in other characters that are not technically robots, hence the disclaimer title. It also meant skipping out on other famous robots. For example, Proto Man and Cutman are here, but not Rock Man/Mega Man. Also absent are Voltes V and Voltron, but that octopus attendant bot from Combattler V gets a slot. 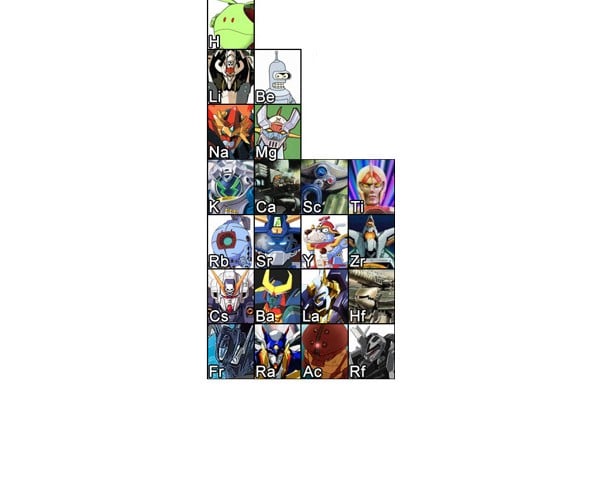 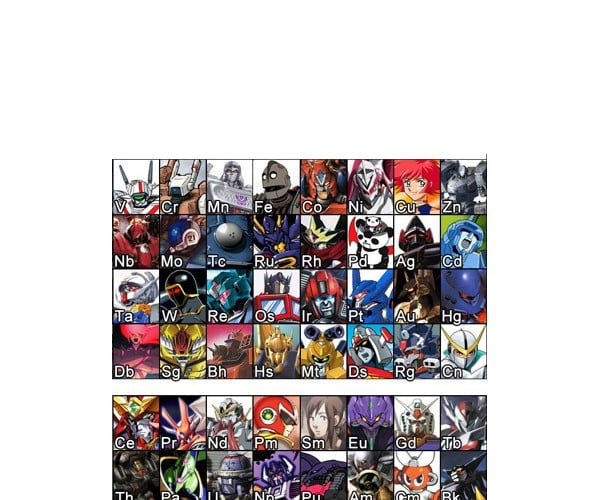 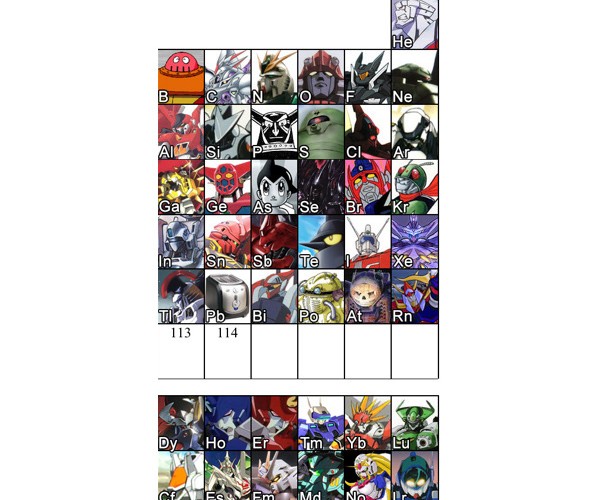 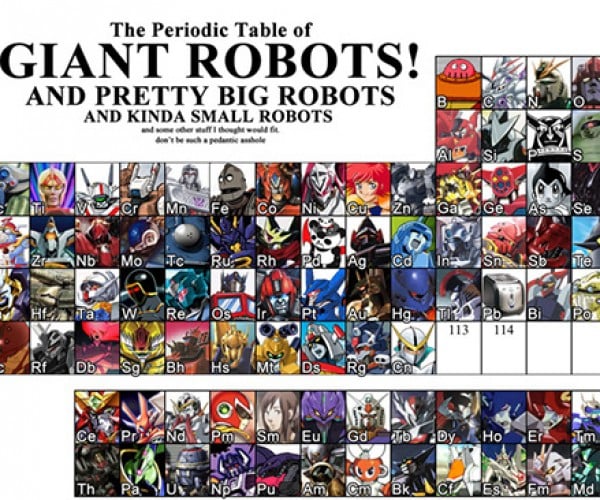 Those oversights are by no means insignificant, but it’s still awesome seeing all these characters in one place. If you guys know who made this table please tell us in the comments. Meanwhile fellow robot fans looking to burn some time can view the full-sized table here and try and name all of the characters used.