Whether you’re a Trekkie, a Trekker, or just a computer geek, you’re going to be impressed by this casemod, based on a fictitious starship based on the USS Voyager. Actually, it’s not really a casemod – the Intrepid Mark II Class USS Eurisko is a complete scratch-built PC. 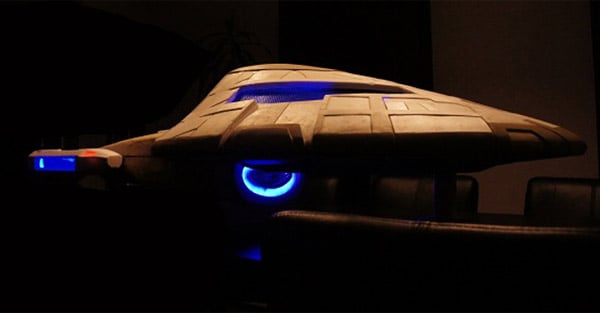 Modder Sander van der Veldon (aka ASPHIAX) has been toiling away for over 5 months building this incredible case as an entry for the 2011 Cooler Master Case Mod Competition, and I think he’s got a pretty good shot at a win here even if it won’t be finished by the close of voting on May 31. 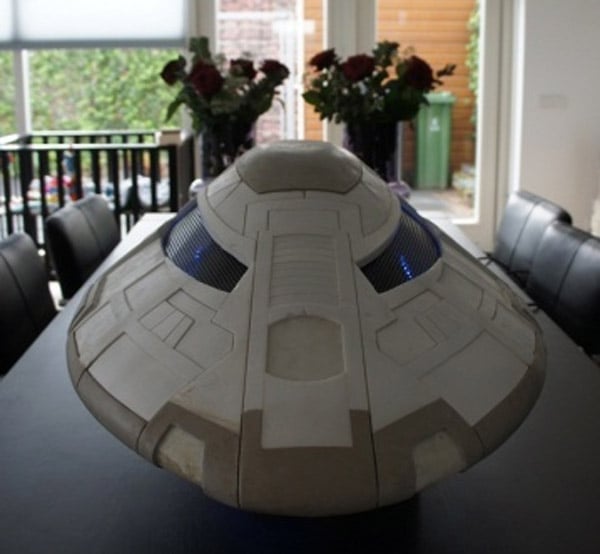 Once completed, this incredible starship will offer remote-controlled motors which move its wings up and down and bright phaser banks, loaded with LEDs and laser beams. About the only thing the Eurisko its missing are tiny Neelix and Tuvok action figures. But it’s possible they were never assigned to this ship by the Federation. Here’s what it’s going to look like when it’s done: 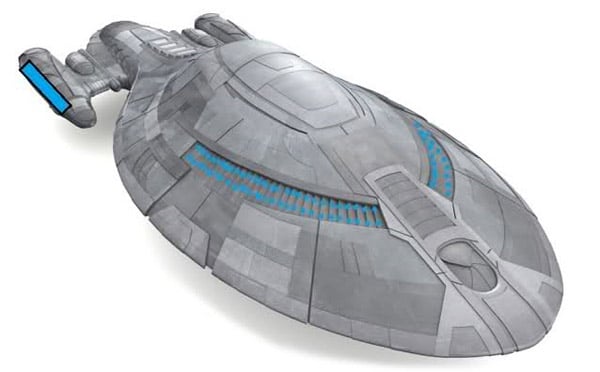 Check out the cool lighting effect he managed to pull off with the warp nacells by using water-filled reservoirs:

The case is constructed from XPS foam, glassfiber and epoxy, epoxy clay and Depron foam. While it’s not completely finished yet, it’s already one of the most impressive casemods I’ve seen in a while. Captain Janeway would be proud.

In addition the the photos and video you see here, Asphiax has posted a comprehensive build log over at the Bit-Tech Forums. If you like what you see, head on over to the Cooler Master contest and show your support by voting..