Wacko Arrested with PS2 in His Pants

This is a very bizarre story. Apparently, a man named Timothy Jones Sr. from Lincoln, Mo was walking in traffic. I would hazard a guess that he was on something that affected his cognitive abilities at the time. Not only do normal folk generally not walk in traffic, they also tend to store their PS2 at home – not in their pants. 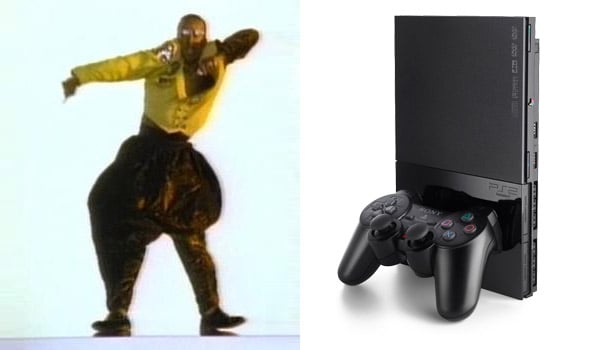 The police asked the man to come out of the road he pulled up his shirt to reveal the console. The man then tossed the PS2 at the officers and ran for it. One of the officers was hit with the console and had a minor hand injury from it.

The police chased the guy and when he was cornered, Jones picked up a potted plant and a gutter spout to use as weapons and tossed two metal chairs and when he went to pick up a third chair the police had enough. The police tased the man and used pepper spray. I wonder what order that happened in, pepper spray and then tase, or tase and then pepper spray while the guy was twitching.

Perhaps the guy was just really high and thought he was playing Grand Theft Auto, and the graphics were just really freaking awesome.