While I don’t deny that paintball guns are fun, they can get quite messy which is why the Xploderz Water Pellet Guns look so cool. The ammo they shoot won’t make anyone too dirty, but you’ll get the same satisfaction as from paintball guns. 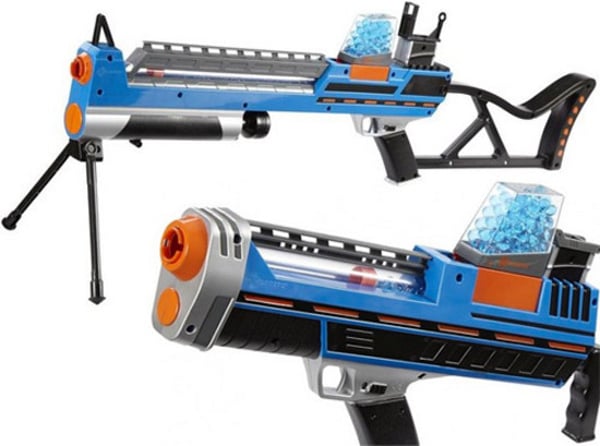 Theses water pellet guns from Xploderz use little non-toxic balls, that are made out of a super-absorbent polymer (composed of acrylic acid, sodium hydroxide, coloring, and water if you really wanted to know). You simply let the pellets soak in water for 4 hours and then you’re ready to go.  This material was initially designed to help crops absorb and store water. 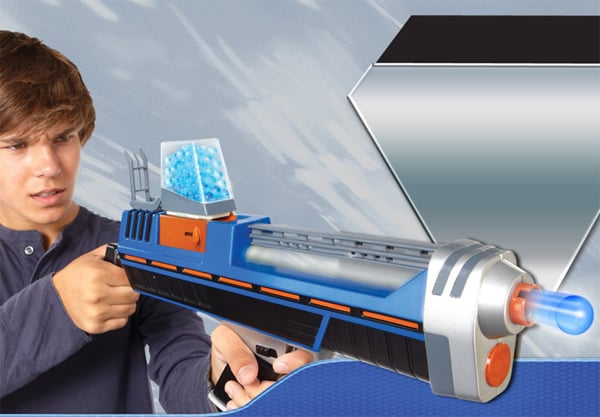 They can be fired to distances of up to 85 feet. The two models pictured in the photos are the sniper-like XRanger 2000 and the XStormer 1000, which will cost you $39.99 and $29.99 respectively over at Amazon. Ammo refill packs will cost you about $5.99. The pellets don’t hurt as much as paintball ammo (probably because Xploderz aren’t as powerful), so that can be good or bad, depending on your penchant for inflicting harm.