If there were a such thing as a robot mom or dad of the sort that goes to the office and welds on the assembly line all day and had a little kid robot that comes home from school with artwork for the fridge, Paul the Robot’s drawings would be what was stuck behind those magnets. Paul the Robot is not the world’s most precise robotic artist and he wasn’t meant to be. 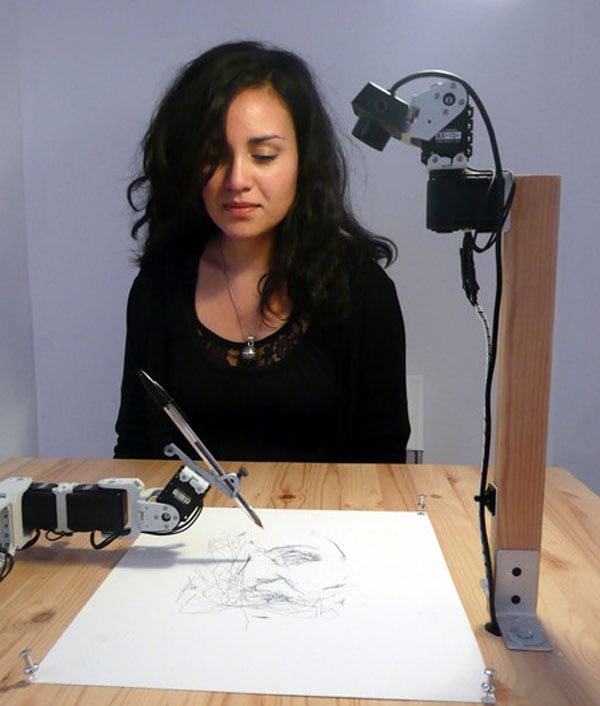 Paul was purposefully made to be messy so that his art could connect with people according to designer, Patrick Tresset. Tresset was able to get the endearingly messy portraits from Paul by using cheap servos rather than the expensive and precise industrial components.

The ‘bot has a camera that senses the person’s face it is drawing, and then it starts the process with a plain ink pen. The finished portraits remind me a bit of Two Face from comic books. It is a bit strange to see a disembodied robot arm moving around creating drawings. 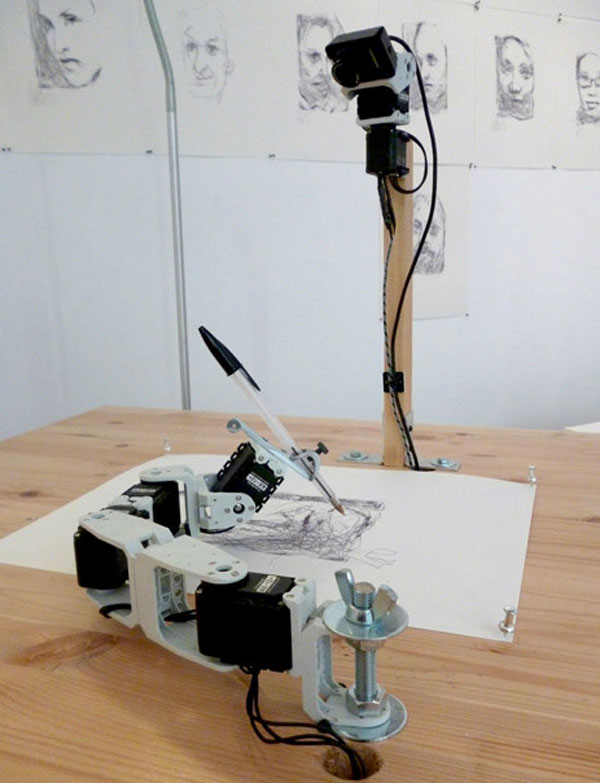 Future versions of Paul will be able to see the picture it is drawing and make them better. 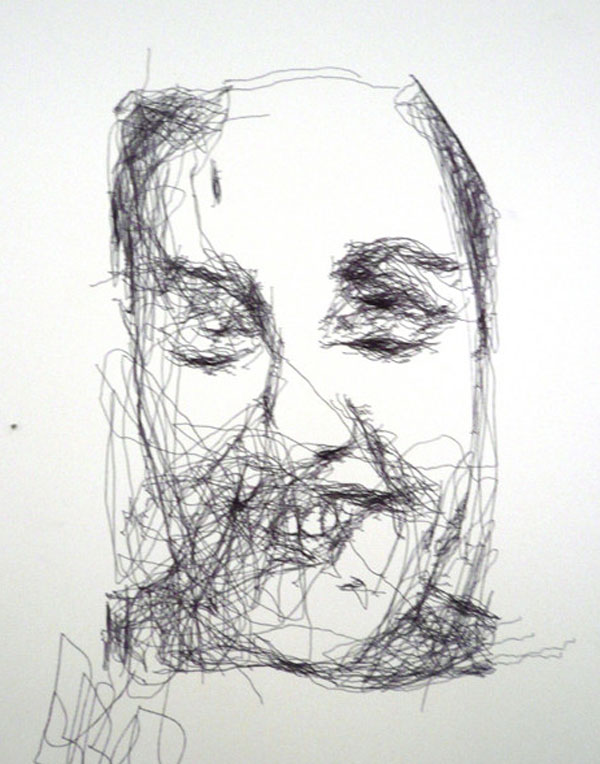 Paul still draws faces better than I do even if one side is messed up.