While Transformers cakes are nothing new, there’s got to be something strange going on in the heads of people behind this humongous cake. This gigantic Transformers cake was made to celebrate Michael Bay’s upcoming Tranformers: Dark of Moon movie, which comes out in a few days. It weighs about 2,000 pounds and is shaped like a Chevy Camaro. 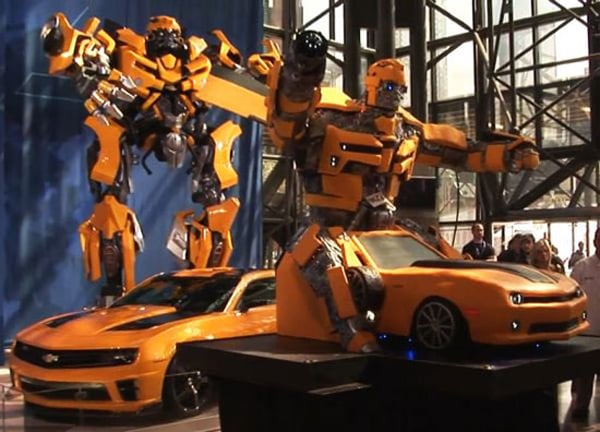 Here you can see Bumblebee poking out of it. It was designed by Buddy Valastro, best known for working on TLC’s Cake Boss. The cake was so huge that it was impossible to bake it in a bakery. His team had to bake it outside. It’s not the largest cake (or autobot) I’ve ever seen, but it has some neat features like a flaming blaster and wings that move.

It makes you wonder how many people this cake will feed, and if it will taste any good.