While it may not be the first time I’ve seen a computer made from LEGO bricks, if you are going to make one, it would be nice to know that it was being put to good use.

This LEGO computer not only looks cool and runs fast, it’s being used as a folding farm to help with medical research. 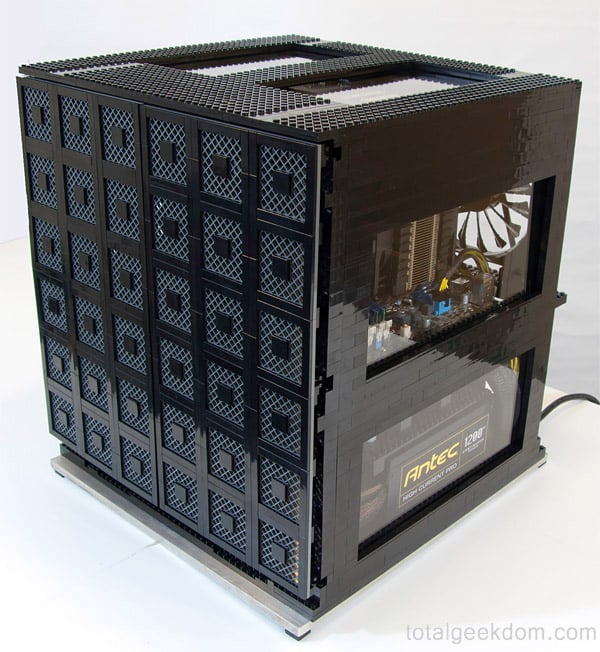 Mike Schropp built this awesome beast of a machine using about 2000 individual LEGO bricks, but it’s what’s on the inside that’s equally as impressive. Under the hood of this machine are a trio of overclocked quad-core Sandy Bridge 2600k CPUs, mounted into ASUS P8P67 Micro ATX mobos, and chilled by Thermaltake Frio CPU coolers. 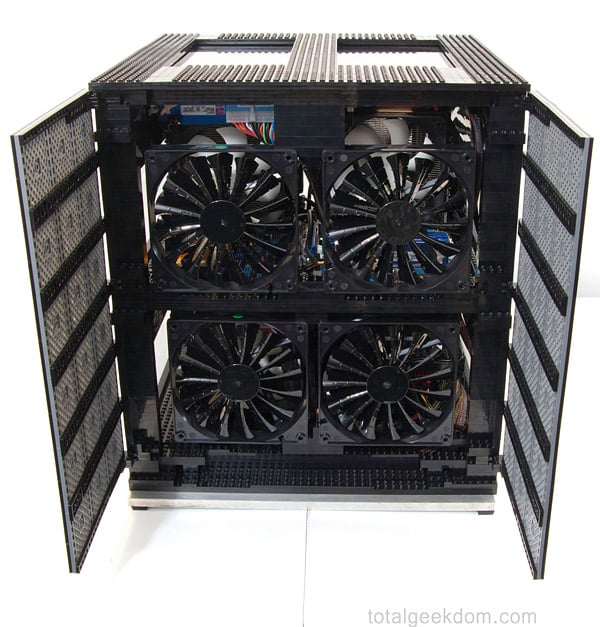 So basically, what you’re looking at here are three complete computers in a single box. In addition to the CPU coolers, it’s got 8 Aerocool fans to keep the temp under control. Amazingly, the whole 12 core system runs on a single Antec 1200 high current power supply. It’s really an impressive rig, even if it weren’t made from LEGO bricks. 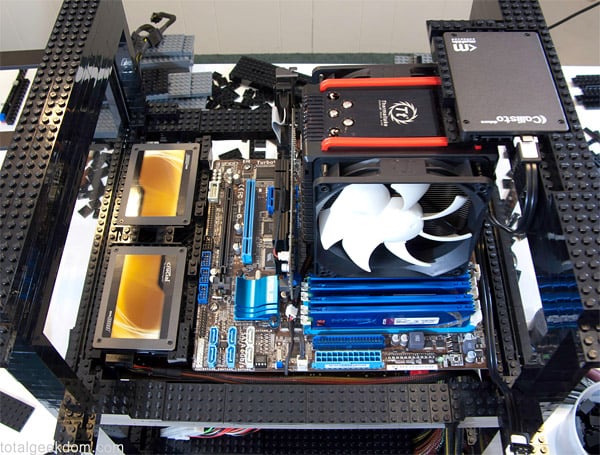 While it’s primarily used for the medical research, Mike admits that he also uses the computers inside for use in his own home as well. 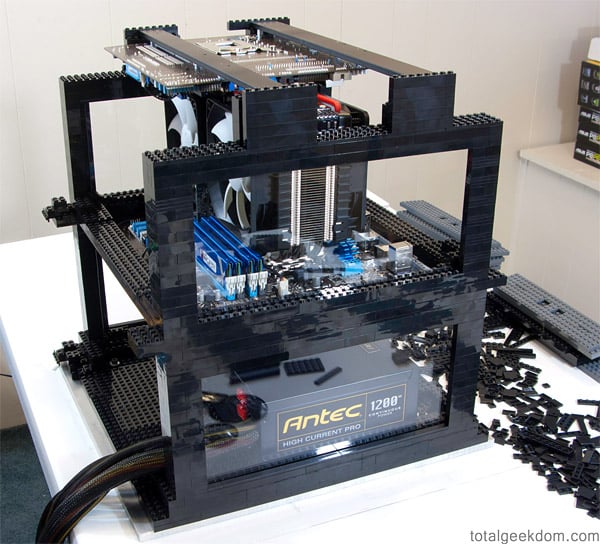 To read more about the build and to see more pictures showing how Mike’s LEGO folding farm PC came together, head over to Total Geekdom.