When I was much younger, my mom gave me a tin can with a coin slot on top. She instructed me to drop any spare change I had to save up for a rainy day. I examined the can up close and saw that it was actually a free piggy bank tin that was being given away by a local bank.

When the tin was full of change, I hid it at the back of my closet so it would sort of become my emergency fund. Unfortunately, I also completely forgot about it. A few years later, when I was cleaning out my stuff, I saw the can and decided that it was time to collect. Coins spilled out in every direction, but when I took a closer look, I realized that the coins were no longer being accepted in my country circa a few years ago. Sucks to be me, I know. 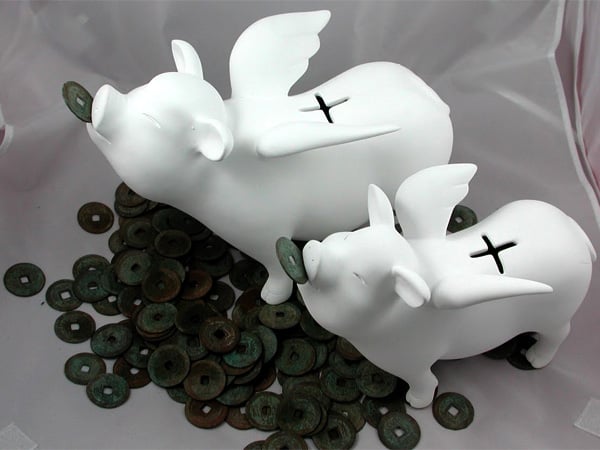 Okay, so anyway, that was a pretty long (and slightly unrelated) story about the Flying Piggy Bank, but it was the only anecdote I have that is all about piggy banks.

These Flying Piggy Banks were designed by Galerie Brigitte, and they feature a whole new opening with which you’re able to drop in a wide variety of coins and paper bills. The new slot looks like a cross hair, which is meant to make the whole task of dropping bills into the flying pig a whole lot easier. 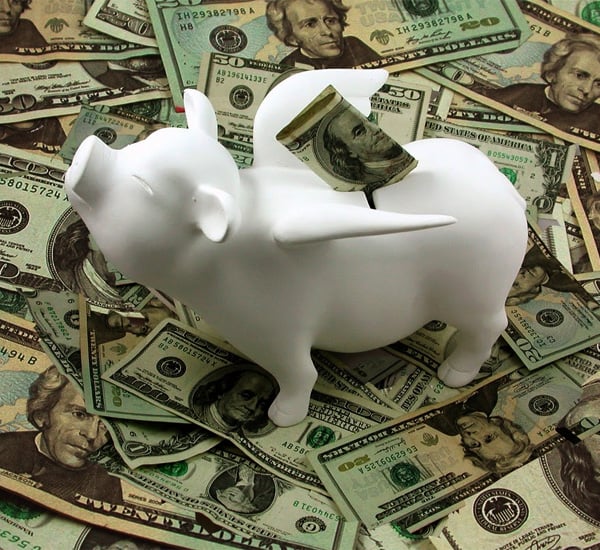 According to Yanko Design, three sizes are available: S, M, and L, depending on how much cash you want to stash before you finally decide to literally break the bank.

I tried to track down the designer, but a site in her name just led to a page full of ads and articles on diesel engines and pond pumps. Oh, well. If you do decide to get a piggy bank (even if it isn’t the Flying Piggy Bank), I only have one piece of advice: crack it open the moment you hear that some notes in your currency are about to be phased out.