There are only a few 3D movies that I’ve seen that were actually worth it. Most of the others were somewhat disappointing, but check out this PMP that’s supposed to do 3D without any glasses. It’s called the Gadmei P83 PMP from Marvel Digital, and hopefully it won’t harm your eyes when you use it, because we’ve all recently heard the (not so) shocking news that 3D isn’t good for your eyes. 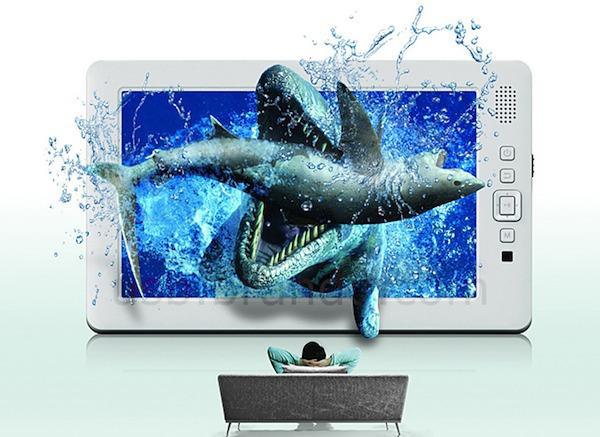 I’ve never really been a fan of 3D. Maybe it’s because I wear glasses most of the time, and putting on 3D glasses on top of them is just plain awkward. However, this little PMP lets you enjoy 3D without using any glasses. It’s got an LED backlit lenticular LCD panel with a 3D engine that can display native 3D content, as well as convert 2D to simulated 3D on-the-fly. It’s got an 8-inch screen, with a 1280×768 screen resolution, and onboard storage of 4GB.

The good news is that it costs only $169 (USD). Too bad you’ll probably still get a headache from watching it.