The closest I have ever come to being in the military would be playing high school football and having to endure the not at all fun two-times-a-day practice in the weeks leading up to the start of school. It was 105°F here in Texas, and you were out in the sun running wind sprints while wearing 30 pounds of gear. It sucked really badly. I can’t imagine how a solider feels carrying even more gear and having to worry about attacks at the same time. 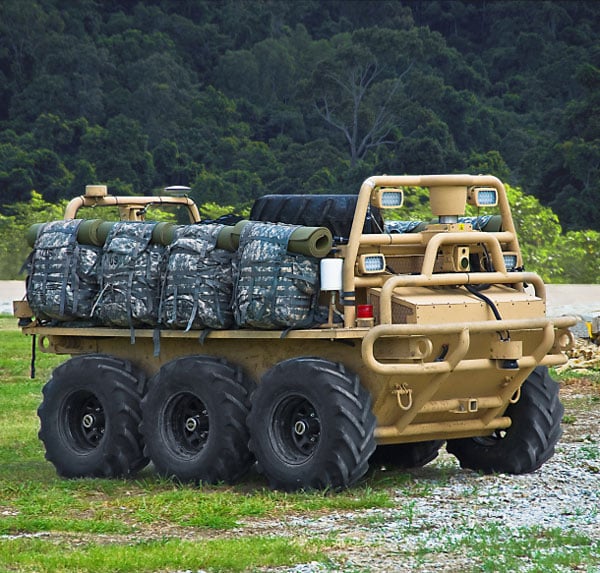 Often in the military, how far a group of soldiers can wander from base depends on the amount of gear they can carry with them like water and food. They also have to contend with getting tired from carrying heavy packs as well. The military is now sending its cool Squad Mission Support System to Afghanistan to help take a load off the soldiers. 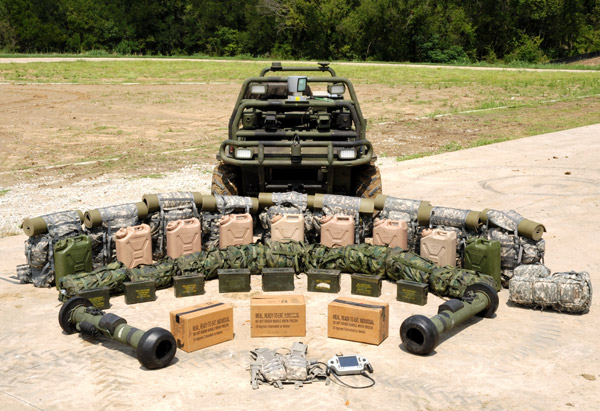 The Lockheed Martin produced, six-wheeled ATVs can navigate on their own and are able to carry the supplies that the soldiers need when on a mission or just hiking to the next point. The SMSS is the largest unmanned vehicle to ever be deployed with the army. It can be remote controlled, tele-operated, or manual controlled. In the future, the vehicles might be armed, and provide surveillance capabilities as well.