Tiny Desktop Computer: If You Thought it Was Hard to Upgrade Your PC…

This looks like an ordinary computer desktop, until you you see a giant fingers reaching down and starting to work the mouse. The whole thing looks like something that belongs in a doll house. The only question that’s left is whether it’s real or a fake. 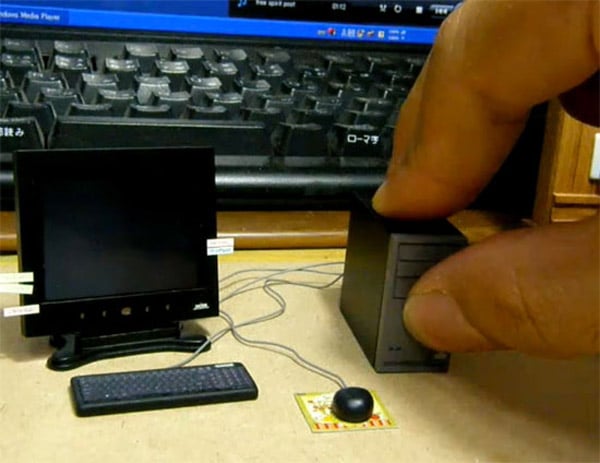 At this size, it’s obviously not a fully functioning computer, but there are a lot of ways that this video could be faked. It could be a video playing on an iPod Nano screen, or something like that.

All I know is that it comes from Japan, of that much I am sure. As for the authenticity of this tiny desktop? I am somewhat dubious, but it’s still pretty awesome even if it is fake.

[via TDW Geek via DVice]