Disembodied Head Can Sing You a Lullaby or Two

Don’t worry, it’s not the disembodied head of a real person, although it definitely looks like one. This humanoid head is smarter than it looks, because it can actually read simplified music scores before singing it to you (or your child.) 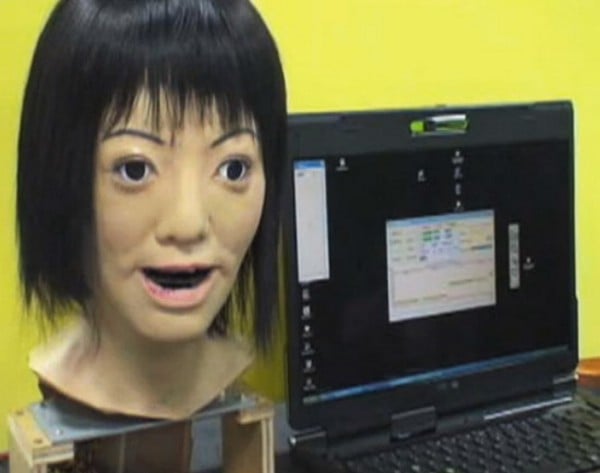 I don’t think a parent would want to have this robot head sing lullabies to their babies, although it’s more than capable.

The man behind the head is Chyi-Yeu Lin of the National Taiwan University of Science and Technology in Taipei. Lin and his colleagues didn’t program the head to read music by inputting anything into it; rather, the head’s eyes are equipped with cameras that can take snapshots of sheet music, read it, and then produce an output from the musical score.

Pretty advanced technology, although the bust looks just a tad too creepy overall.

[via New Scientist via Dvice]