Giant Gundam in Pieces, World Comes to an End

Japan’s Giant Gundam sculpture was one of my favorite man-made since I started writing this here site. So when I stumbled onto these images and video footage of the recently-dismantled Gundam statue, I wept. Okay, so I had just been cutting onions, but it still made me sad. 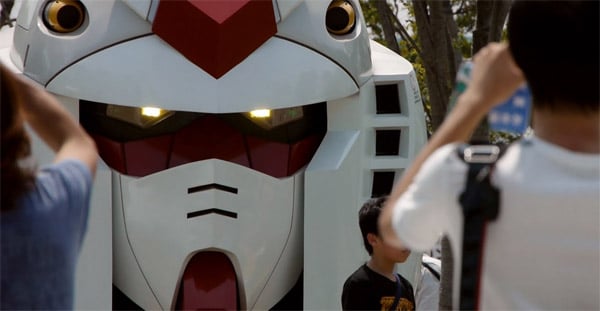 Photographer darwinfish105 shot these images of the chopped-up Gundam, currently on display in Japan. The crime scene tape around the perimeter of his dismemberment is a nice touch.

Here’s an up-close shot of his stomach and chest.

I’m hoping that Gundam’s disassembly is only temporary, and that he’s en route to other locations around the world for all to enjoy. But I have a bad feeling that Gundam is down for the count, and this may be your last chance to get a gander at the massive mech.

A tragedy of such grand proportion deserves not one, but two tribute videos, so sit back and pay your final respects to the big lug now: