Custom Chewbacca Costume is Amazing, Sure to Lead to More Bigfoot Sightings

If you want to look like a Wookiee this Halloween, check out Doogie Fett’s custom-made chewie costume. It looks completely authentic on every level, except it probably doesn’t smell like a real Wookiee. And that’s a good thing. 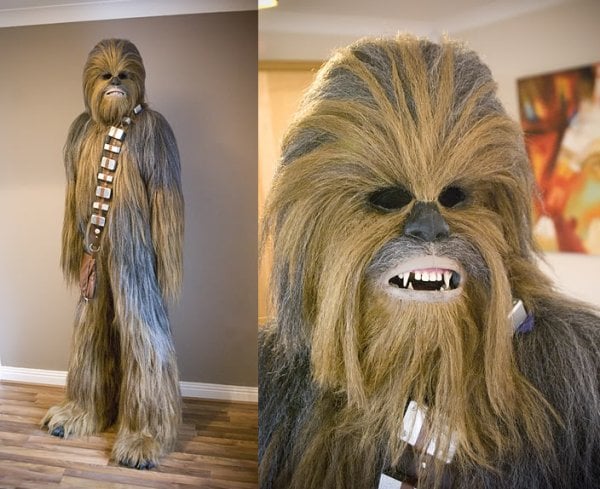 There isn’t much info aside from the many images of the process, but obviously it took him a long time to make. The end result is that this costume could easily be used in one of the Star Wars films. He even captured Chewie’s teeth perfectly.

I would love to wear this on Halloween night. I would get tons of candy too, because everyone knows that Wookiees are capable of ripping people’s arms out of their sockets when they aren’t happy. After Halloween I would wear it while walking along some back country roads, so others could have a Bigfoot sighting and post the video to YouTube. Before you know it, people would notice that Bigfoot is looking more like a Wookiee and Chewie sightings would be the next big thing. Too bad I don’t have the talent to make one of these myself.