I once went on a trip with my sisters which was so poorly and haphazardly planned, that we ended up reaching our destination country with an unconfirmed hotel booking, headaches, and extremely hot tempers. We ended up wasting half the night looking for a vacant hotel near the area. Suffice it to say, the rest of the trip went better and we ended up having quite a lot of fun. 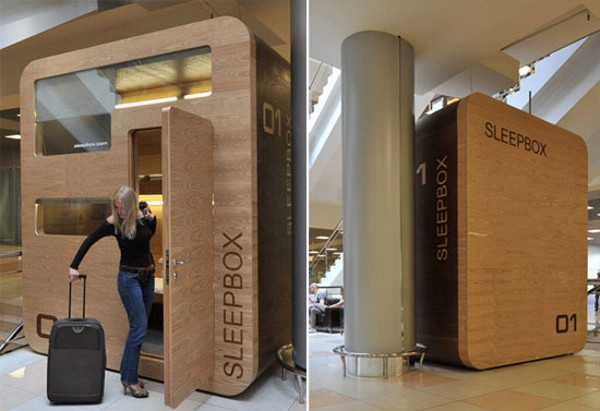 If only there were one of these Sleepboxes as our destination’s airport. We could have crashed for a few hours and prevented the first wave of panicking that began when we realized that we had no place to sleep in for the night. (And trying to go for a power nap in those uncomfortable airport seats wasn’t even an option.)

So what exactly is a Sleepbox? Well, these are personal, portable boxes that can be placed virtually anywhere people might need to get some emergency shuteye (like airports, convention centers, shopping centers, among others). They can be rented out from periods of half an hour to half a day, depending on the people in charge of them. 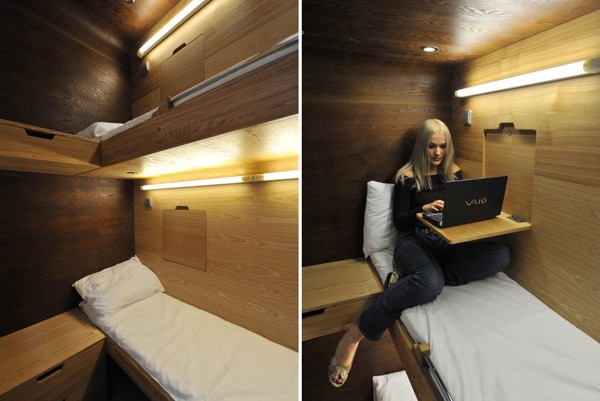 These were originally thought up in 2009 by Russia-based Arch Group. This year, they revamped the designs and updated the look of the Sleepboxes, with some of them having storage space for luggage, sockets for charging devices, reading lamps, electric blinds, Wi-Fi capabilities, a safety deposit box, and even a touchscreen TV. It’s like a hotel room, without the toilet and bath and room service.

Of course, one concern is the maintenance of the Sleepboxes, like who’s going to change the sheets after one occupant leaves to make way for the next one. But I think it’s still a pretty neat idea overall, and one that I’d love to see become successful.

[via dezeen via Dvice]