“Who Is Out There?” Peephole Periscope Lets Kids See What’s on the Other Side of the Door

When I was a kid, and barely three feet tall, I remember answering the door once (it was the pizza delivery guy) and getting a long sermon from my mom after that. It wasn’t because I gobbled a slice down before she told me we didn’t order the pizza; it also wasn’t because she was the one who had to go tell our neighbors that we got their pizza (and that I ate a slice) by mistake. It was because I opened the door without checking who was on the other side of it first. 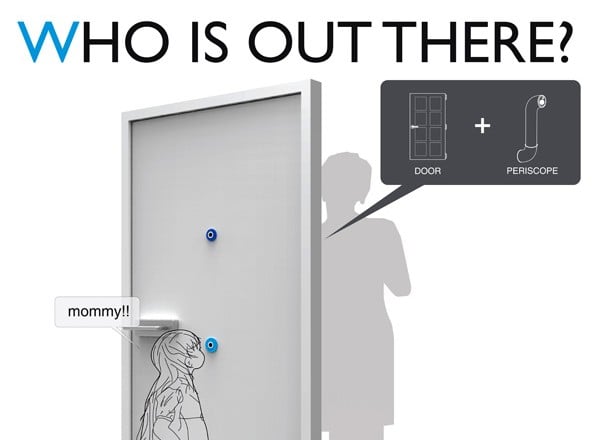 I didn’t have the mind to reason with her then that it was because the peephole was way up there and I way way down here. So that was the last day I answered our door (until I grew tall enough), which wasn’t much of a problem for me because it’s not like I wanted to stop what I was doing every time someone would knock or ring the bell. 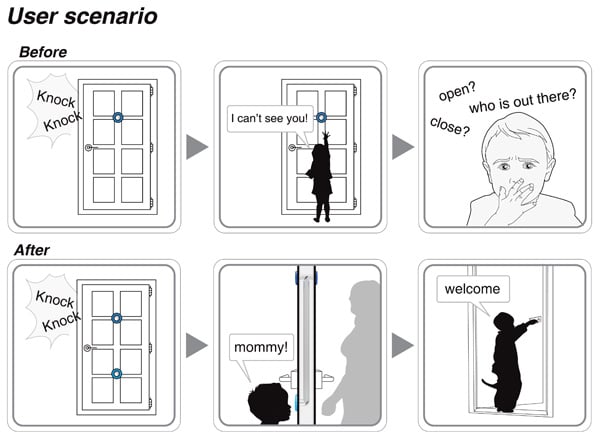 But with this premise in mind, designer Hyun-june Yang has come up with the “Who Is Out There?” peephole that’s designed for kids and elderly adults who can’t reach the regular old peephole anymore. 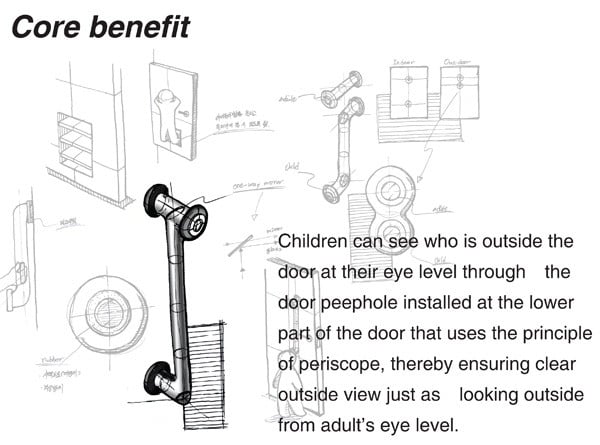 Aside from being a normal peephole, “Who Is Out There?” also integrates a periscope to create a child-friendly peephole. What results is an extended peephole that looks a bit like some pipes welded together, but it could prove to be really useful. 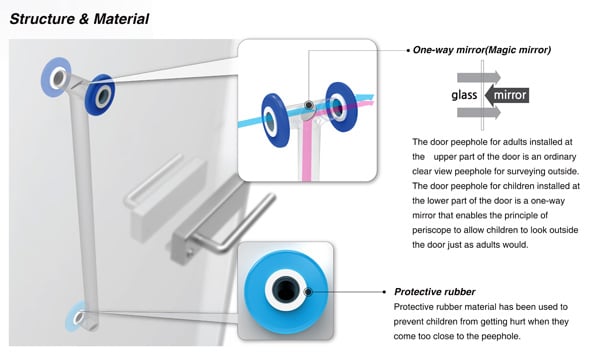