Robots have been a part of human culture and imagination for a long time. Ever since we were kids, we were entertained by cartoon shows that had robots in them, like Richie Rich’s Irona and the Jetsons’ Rosie. In the real world, humans have managed to make some pretty cool robots as well, like the FoamBot that can form other robots using foam, or the Teotronico that can play the piano. 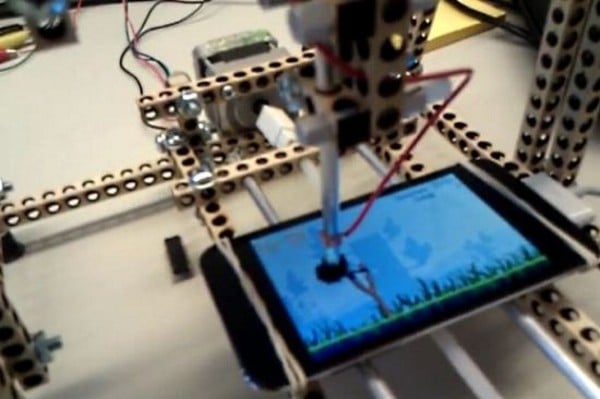 And then there’s the Bitbeambot, which is a robot that can, well, play video games. Angry Birds, to be specific.

It’s a pretty cool thought at first glance, but think again: why would you need a robot to play video games for you? I have Angry Birds on my iPod and I fire the game up every time I’m stressed out or when I’m just bored. That’s the point of playing video games, right? To take a short break and just do something brainless or at least without any pressure (unless you’re a hardcore gamer.)

But if for some reason you’d want to take a break from your break, then you can have the Bitbeambot fire away your angry birds at the pigs. The Bitbeambot was created by Jason Huggins for a talk that he gave at the Jenkins User Conference earlier this month.

[via Geek.com via Dvice]