HTC has launched a new smartphone that will be a Verizon exclusive at least for a while called the Rezound. For some reason the name reminds me of Scooby Doo trying to say resound. The smartphone runs Android 2.3 “Gingerbread” and will get an update to 4.0 “Ice Cream Sandwich” down the road. 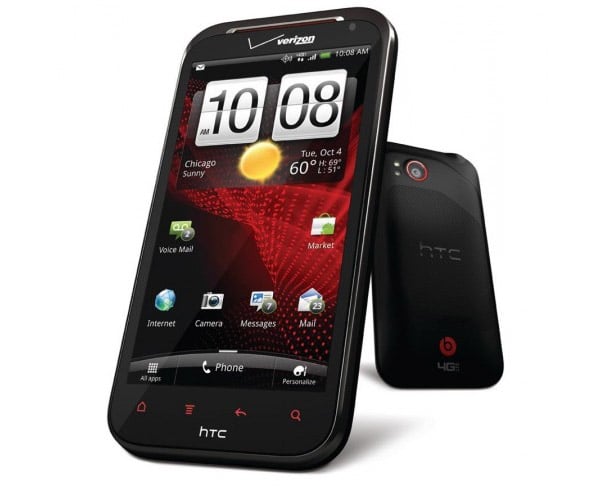 The Rezound has 4G connectivity and supports up to ten devices with its built-in hotspot functionality. It sports 16GB of on-board memory and has 1GB of RAM. For more storage, the smartphone also comes with a 16GB microSD card as well. It has a 2MP front camera with an 8MP rear camera and can shoot 1080p HD video.

The battery is a 1,620 mAh unit and it has a 1.5GHz dual-core CPU and Bluetooth 3.0 along with GPS/AGPS and Beats audio sound. The screen of the smartphone is a 4.3-inch super LCD supporting 720p resolution making it the first smartphone to support true HD resolution on its screen. The HTC Rezound will hit Verizon on November 14 and will sell for $299.99 (USD).