Can’t make it to the big meeting in person? Send a robot in your place. Everybody’s going to be doing it, until board rooms are full of nothing but robots. Why not just use the phone you might say? Because robots are much cooler. 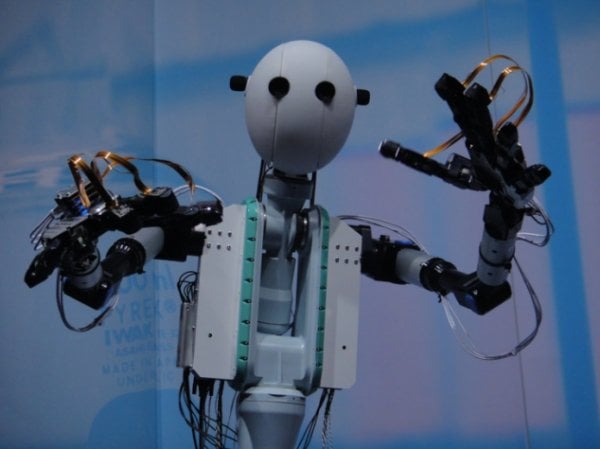 Professor Tachi from Japan’s Keio University has been working on telepresence robots since the 1980s, so he knows a thing or two about the field. The TELESAR V telexistence robot avatar, is his lab’s latest masterpiece. The robot can transmit sight, hearing and even touch, so when you can’t be there, it’s the next best thing.

You see what the robot sees, and hear what the robot hears. With this model, you can even “feel” the shape and temperature of objects, thanks to sensors built into the robots hands, which I suppose means that you don’t have to give up any sexually harassing advances on your coworkers, since you can just blame it on the robot. Besides, if your robot touches her robot, it’s not really an offense. Or is it?