Looking for a way to annoy your roommates without actually harming them? These unique toy weapons fire tiny paper pellets instead of bullets, water or paintballs. 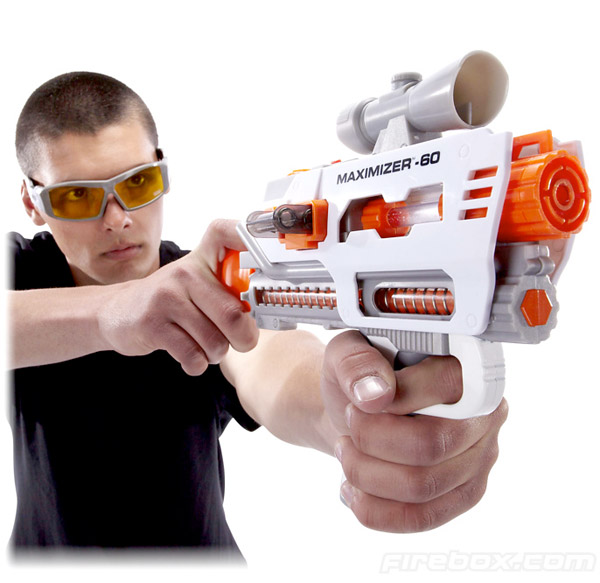 The Max Force Maximizer 60 can fire up to 8 bits of harmless paper ammo between reloads, and can shoot them up to 60 feet away. The moistened paper pellet ammo is designed to break up on impact, so you can see where you hit, but they don’t cause any real damage. Stepping up the rung is the Shadowhawk 100, which looks like a sniper rifle. It’s even got a folding stand and a scope for getting the most accurate shot off. Plus, the Shadowhawk can fire its paper payload at your victims up to 100 feet away. 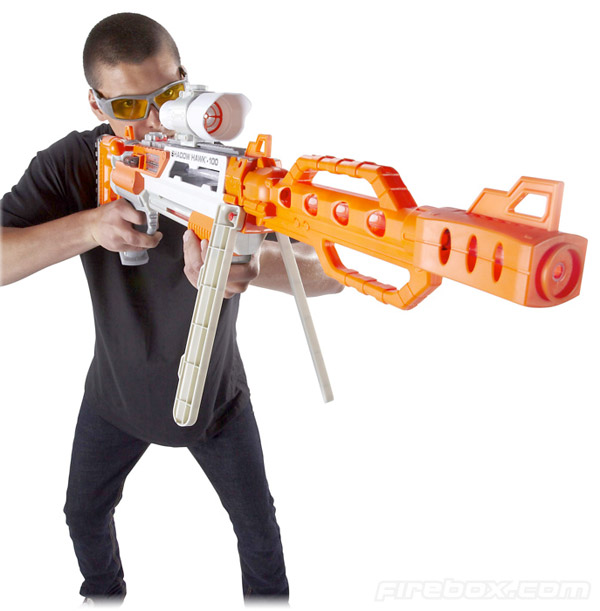 And if you’d rather go with something a little less intense, you could always go for the Max Force Blow Gun 35, which uses your breath to fire, instead of a spring-loaded firing mechanism. The Blow Gun can only fire 35 feet, but you can probably use it much more stealthily than the Maximizer. I like to think of it like the world’s fanciest spitball cannon. Just don’t suck instead of blow, or else you might end up with a stomach full of paper. 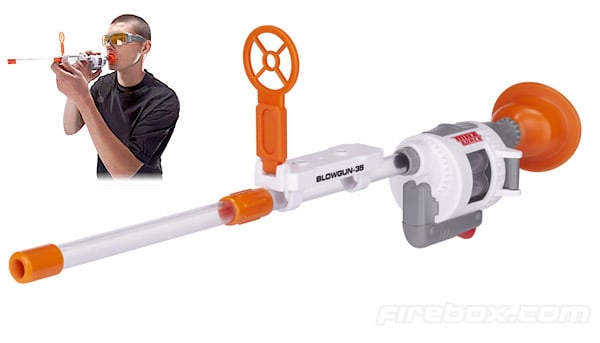