Superhero Coasters Won’t Incinerate Your Enemies, Will Save Your Coffee Table

The following post is from Technabob guest writer Jack Kieffer of Cool Gizmo Toys, a site written by geeks, for geeks. Thanks, Jack!

Nothing tastes more refreshing than a cold beverage after a long day of getting beaten over the head at work, or a hot cup of hot chocolate after being beaten over the head outside in the snow. The Superhero Coasters are a geeky, and relatively inexpensive, way to make sure that your fancy tables don’t suffer from drink-rings of death. 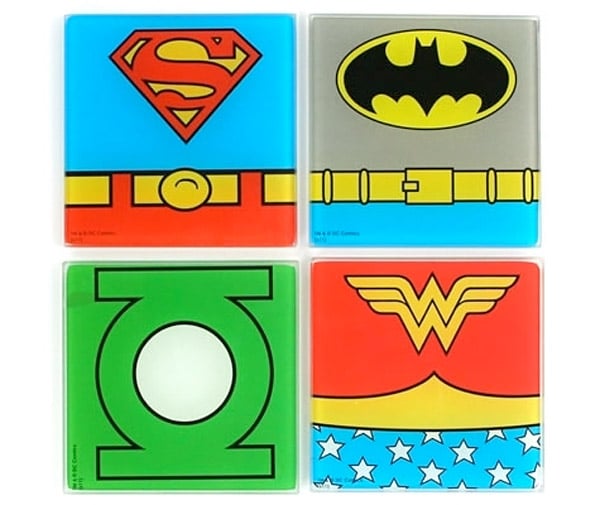 A pack of four contains Superman, Batman, the Green Lantern, and Wonder Woman coasters, and costs $13(USD). Superman can withstand the heat of your drink, and the occasional stray bullet, but don’t put these coasters in the dishwasher. Or, if you would like to bring about the quick demise of your favorite childhood heroes, get a dishwasher. Or you could get a hammer, which would be more fun, but it would certainly still be a waste of 4 perfectly geeky coasters. Also, $13, which is a lot of money for some people. Besides, you could take that $13 you saved and put it towards buying more stuff that you don’t really need, such as the Arcade Button Coasters or the 8-Bit Hair Bows. 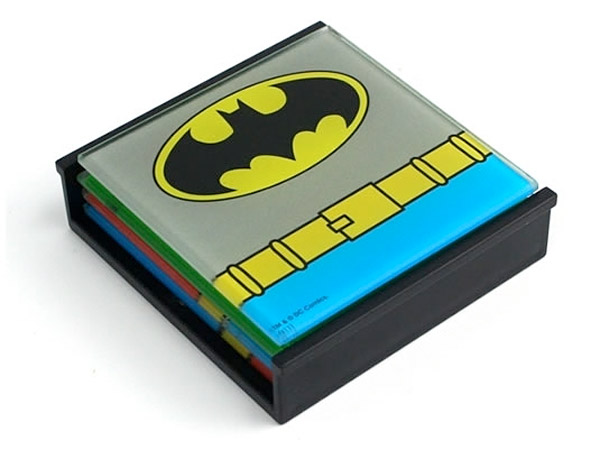 Head on over to the product page at Neatoshop to check out the Superhero Coasters, and head on over to my buddy’s house to watch us punch each other in the abs and tighten up our cores. *Gets punched in the stomach* I can feel the burn! Actually, wait, that may have been my pancreas… KEEP GOING I THINK IT’S WORKING *Gets punched again and doubles over on the ground* Thumbs up! I can feel that six pack growing steadily now!

The Superhero Coasters would make a great gift for any geek who has the physical need to drink, but if you have bad taste and despise this set of geeky products, just look at the TARDIS Purse and get out of my face. Seriously, you need to take a social etiquette skills class – you’re practically spitting on my corneas. *Wipes eyes*