Osaka-based company Muscle Corporation along with a few other Japanese companies have developed a humanoid robot that can climb up and down ladders. Tall buildings are no longer a safe haven for humans to hide in. 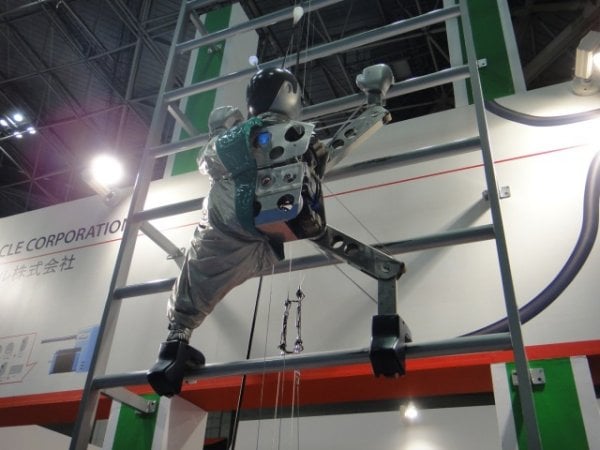 It’s called “Dream Robo” and was actually shown off last year during the Shanghai Expo. It stands 1.4m high, weighs about 30kg and moves using five motors that are built into its body. It also only wears clothes on one half of it’s metal frame for some reason.

As they improve the technology, this guy could be used to help people in disaster situations, maybe serve as a window washer, save kittens in trees or do any number of other duties. Put a Spider-Man costume on him and you have robo-Spidey. It’s pretty impressive that this robot can climb as well as it does, when you consider how difficult it is to make a robot walk well.