Kanye West has returned to Twitter, and he used the service to talk about a new business venture that the is set to launch that sounds very, very far reaching. Kanye wants to get into everything from clothing design to apps and social media and is looking for hoards of people that help make it happen. The company will be called DONDA. 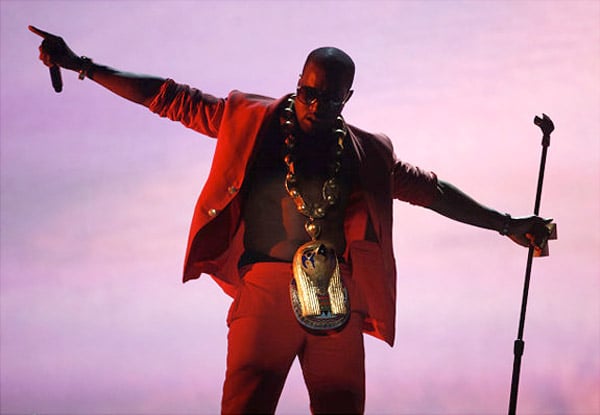 Donda West is Kanye’s late mother, who passed away back in 2007. Kanye offered no hard details on what the company will try to do, but it sounds sort of like a mish-mash of everything Kanye is into, with a large dose of social consciousness. With rappers seemingly doing well with clothing and electronics like headphones the move is no surprise. But reading over his tweets, it sounds like the company aims to do more than to just make a buck, and impact the world in positive ways. 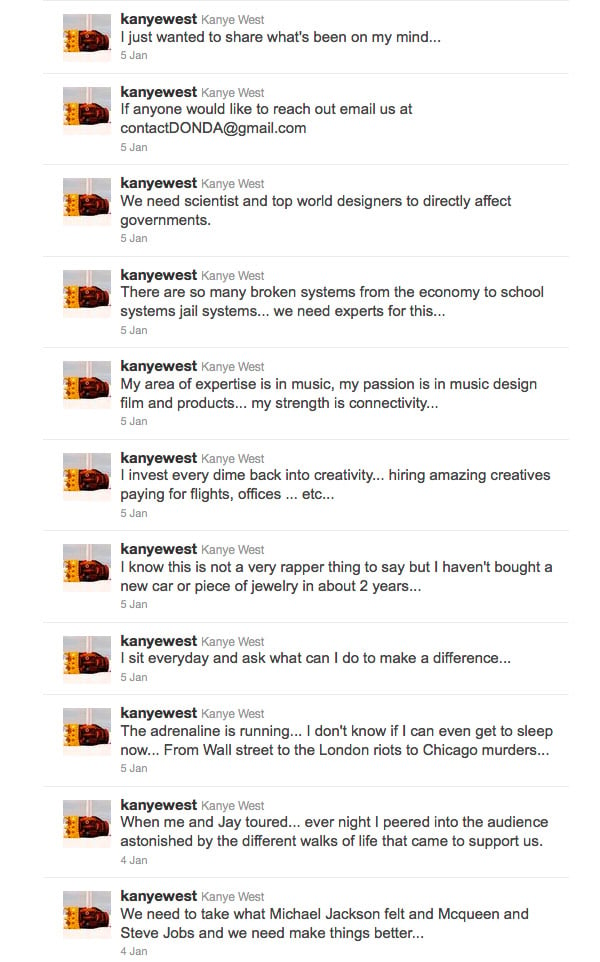 Kanye has written about the project stating: “I am assembling a team of architects, graphic designers, directors musicians, producers, AnRs, writers, publicist, social media experts, app guys, managers, car designers, clothing designers, DJs, video game designers, publishers, tech guys, lawyers, bankers, nutritionist, doctors, scientist,teachers. DONDA will be comprised of over 22 divisions with a goal to make products and experiences that people want and can afford. I want to put creatives in a room together with like minds that are all waaaay doper than me. We want to help simplify and aesthetically improve everything we see hear, touch, taste and feel… To dream of, create, advertise and produce products driven equally by emotional want and utilitarian need.. To marry our wants and needs.”

If you think you fit Kanye’s bill, drop an email to contactDONDA[at]gmail.com.