Do Russian Probe Pics from ’82 Prove Life on Venus?

This is a very interesting debate going on right now in the scientific community. A Russian scientist named Leonid Ksanfomaliti has checked out some images shot by a Russian probe sent to Venus in 1982 called Venera 13. The 79-year-old Russian scientist from the Space Research Institute in Moscow thinks that the crescent-shaped thing in the right side of the photo below is proof of life on Venus. 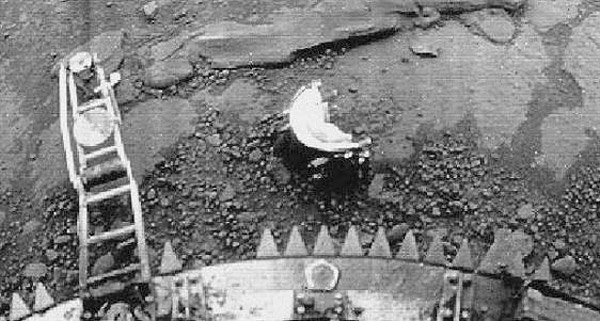 According to the Russian, the object is an organism with the body of a scorpion or a crab, a disc shape and a back flap that changed position from one shot to the next the probe took. Life on Venus is hard for most people to imagine, since the surface of the planet can reach temps of 464°C, and the gravity is nine times that of Earth. 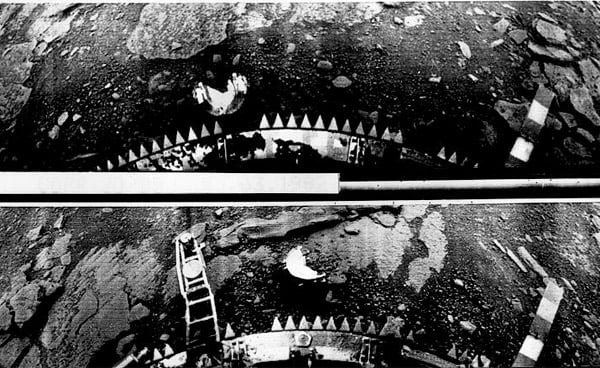 A scientist that works with the Mars Space Flight Facility at Arizona State University doesn’t believe the Russian is seeing what he thinks. According to Jonathon Hill, who processes images NASA takes of Mars, what Prof. Ksanfomaliti sees is a piece of mechanical equipment which broke off on landing. He also thinks that the reason it looks like it changed positions is that the images were taken by two different cameras on the craft.

Hill also says that the same object shows up in photos taken by another probe called Venera 14 that landed nearby. Venera 14 and Venera 13 are identical, and likely both dropped the same bit of debris on the ground. What do you think from the blurry images here? I can certainly see something you might think are legs, but the mechanical equipment theory seems much more logical.