People use Twitter for various reasons. Some users tweet senseless stuff everyday (like “I just farted” or “My cat is sleeping.”) Some re-tweet quotes that they find meaningful, while some just post jokes, rants, and anything that they feel like posting about.

Then there’s also those who post news updates, talk about breaking news or events as they occur, and post updates on the current temperature and humidity. But only those people who have the Tweeting Sensor can do the latter. 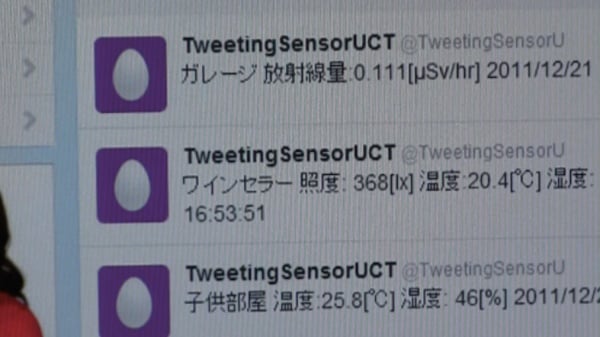 The Tweeting Sensor was developed by UC Technology. Basically, it’s a device that detects the current temperature, humidity, and amount of sunshine through its wireless sensor. It will then post the readings on Twitter. UC Technology explains: “You connect this device to the Internet and plug in the AC adapter. You can also connect a slave unit, so you have a wireless sensor that measures temperature, humidity, and sunshine. This sensor makes the wireless connection automatically, and sends its data each time.”

You could also elect to connect the Tweeting Sensor to a radiation meter. When enough information is gathered from a particular area, then the data can be used to generate a radiation map. Now that’s using the power of the Internet and social media to the fullest.

The Tweeting Sensor will be priced at around ¥40,000 (~$520 USD). With a little work, you can probably do the same (other than the radiation part) with the new Twine sensor for a lot less money.