Office fans who play Counter Strike now have a new way to kill some time thanks to this new Counter Strike Source map created and inspired by the Dunder Mifflin paper mill offices from the TV series. 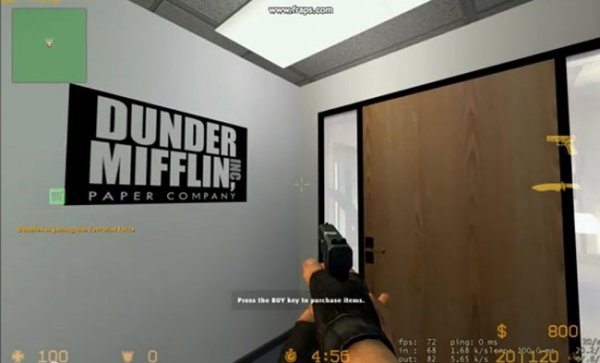 Its creator, Blitzkrieg1981 has been working on this CSS map since 2009, and it shows. The detail is pretty nice. It’s a great recreation of the office space. The only thing missing are the cast of the show. The fun potential is much more limited if you can’t shoot Dwight Schrute in the face. Still, it took over 500 hours of playing and pausing episodes and looking at blue prints to get it this far.

If you would like to mess with this map and help put the finishing details on it, go ahead and contact him though YouTube. He says that he doesn’t have the time to finish it himself.