Space junk is quickly becoming a big hazard in orbit around the Earth. There are untold numbers defunct satellites and other chunks of debris and trash floating around up there that pose a hazard to humans on the ISS and other satellites that are still being used. The problem is even the tiniest chunk of space debris with the extreme velocities achieved in orbit can destroy functional devices and pose a risk to human life aboard the ISS. 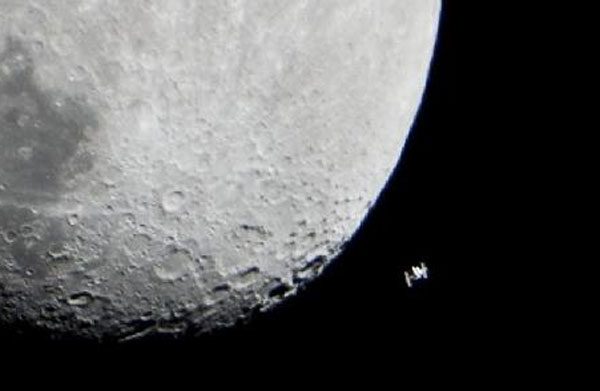 Right now the single biggest space hazard in orbit are the thousands of pieces of debris left over after the Chinese conducted an anti-satellite test with a missile back in 2007. Early Sunday morning this past weekend, mission controllers in Russia had to make a change in the orbital altitude of the ISS to avoid a chunk of that Chinese space debris that was coming perilously close to the ISS.

Mission controllers fired up the engines on the Russian Zvezda service module and over 64 seconds raised the orbit of the ISS by 1.7 km. The ISS is now orbiting at an altitude of 391.6 km above the surface of the Earth. The increased orbital distance was enough to get the ISS away from the chunk of space debris. It seems like we need to start coming up with a good plan to clean up all the junk orbiting the Earth.