Lee Ridley has cerebral palsy. One of its unfortunate consequences is that he lost his voice as a child, and according to him he “hasn’t found it since.” But he’s still able to do stand-up comedy, thanks to modern technology. Ridley, who also goes by the moniker Lost Voice Guy, used the iPad’s text-to-speech feature in his stand-up debut. 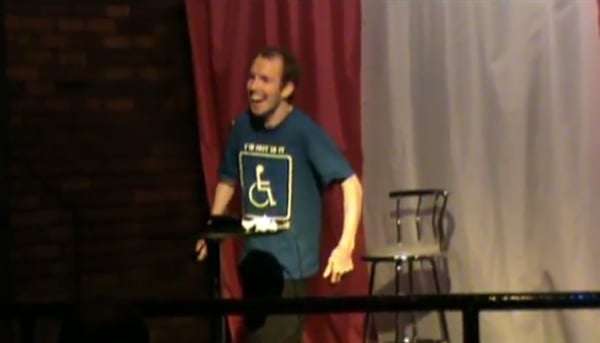 Ridley said in his blog that he usually relied on a Lightwriter for his text-to-speech needs, but found that the iPad was easier to use – he could just copy-paste his material instead of typing them live – and the synthesized voice sounded clear enough. Watch the video below to see Ridley perform. I recommend you turn captions on and drive the young ones away. Sorry kids, this is for adults only. We get to hear dirty stuff and you get to not pay for things. That’s how the world works.

This isn’t really about how awesome the iPad is but how awesome technology is in general. I’m sure Ridley could have used other tablets or smartphones for his act. The fact that we have devices which are widely available and so powerful is something that we should all be thankful for. Thanks technology!

[via Lee Ridley via The Verge]