You know, if I heard some gun maker talking about how they were working on railguns, I would probably laugh and move on about my business. When the U.S. military tells you it’s working on something as far-fetched as a railgun, it’s hard to ignore it, because the military and its various research arms, and its contractors have a long history of taking the improbable and bringing it to fruition. The railgun that I talked about a while back is a perfect example, this weapon is literally straight out of a video game, yet the military has made it real. 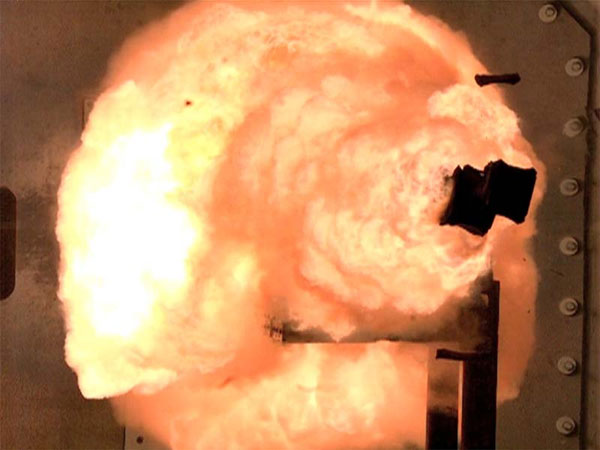 The U.S. Navy has test fired the first of two industry-built railgun prototypes. They had to use a very oddly shaped projectile that is not aerodynamic in the test so it would slow down quickly. The projectile looks sort of like an engine part to me and is a big and bulky thing. The Navy recorded one of the six test firings of the railgun constructed by BAE on video, and it’s pretty spectacular:

That is one the coolest videos I’ve seen from the military in a long time. I can only imagine how far an aerodynamic projectile would have traveled and the speeds it would’ve reached. The Navy plans to eventually fire an aerodynamic projectile from the weapon, with a goal distance of 220 nautical miles. You certainly would not want to be on the receiving end of that.