The new Sony PS Vita portable gaming console recently launched worldwide, so if you are lucky enough to have one you have probably been enjoying games like Ultimate Marvel vs Capcom 3. Whether you like the Vita or not, here is a cool fight stick mod that you will want to check out. 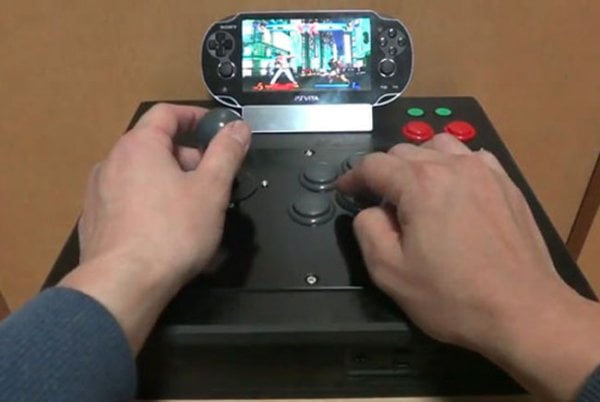 This wacky mod [JP] transformed the handheld PS Vita into a full blown arcade system, with joystick controller optimized for fighters. It’s cool, if you don’t mind the tiny screen, that is. Check out the video, which shows it in action.

It’s worth noting how great the PS Vita version of Ultimate Marvel vs Capcom 3 looks on the console. It looks every bit as good as the PS3 version. This fight stick mod on the other hand, though very impressive, just looks silly being so massive compared to the itty-bitty PS Vita. The whole setup makes this dude’s hands look huge.

[via The Verge via Geeky-Gadgets]