Here’s a first-world problem that has bugged the hell out of me. If you’re listening to music on an iOS device using a pair of headphones and for some reason you unplug them from your device, the music player will pause the playback. That’s a thoughtful gesture, but when you plug your headphones back in, the music player isn’t thoughtful enough to start playing again. The stock earphones that come with the iPhone and iPod Touch have built-in remotes that make it easier to restart the player, but I’m not going to use them just for that. So I was very intrigued by this jailbreak app. 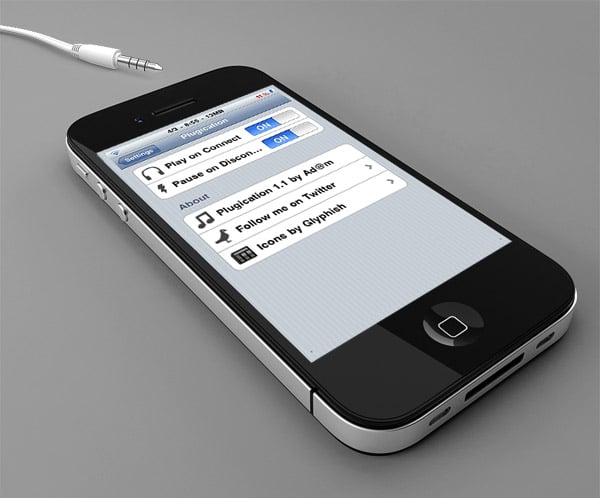 Despite its awkward name, the Plugication app seems like a good fit for my needs, and perhaps for yours as well. All it does is allow you to command your iOS device to automatically resume music playback when it detects that headphones are plugged in. Here’s a demo of the app by YouTuber myjailbreakmovies:

Plugication is a free download from the Modmyi repository, but you do have to have a jailbroken device to get it. YouTuber rarestname also pointed out another alternative for iOS users with jailbroken iOS devices. The beta 1 of Activator 1.6.2 has a new field called “Headset Connected & Disconnected”, so you can trigger playback using that as well. Lifehacker commenters have suggested a few alternatives for Android users, including Just Shake and Tasker. I just hope Apple will be kind enough to include this feature in the vanilla iOS someday.